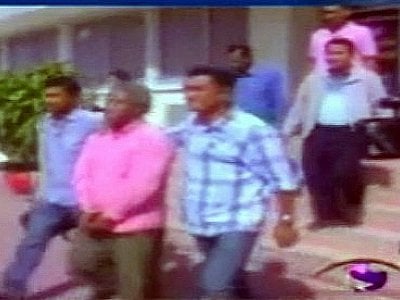 PHUKET: After more than a decade in hiding, the gunman wanted for the shooting murder of Petchaburi journalist Sanan Wannapuk 11 years ago has been arrested in Phuket.

Thanin “Dum” Kaewsakul, 46, was listed as the 18th most wanted gunman in Thailand before his arrest by a special operations unit dispatched by Police Region 7.

The exact time of his arrest in Thung Thong in Kathu was not included in the breaking report, run by the state-run MCOT news website this morning.

Thanin was arrested on an outstanding warrant for the murder of Mr Sanan, a crime reporter for the local Petchaburi newspaper Petchaphum and a regular contributor to several national daily newspapers.

Mr Sanan was also president of the Western Region Crime Reporters’ Club when he was gunned down in front of a large crowd of people at a shopping complex in Petchburi on August 21, 2000.

Mr Sanan was mowed down by 26 bullets as he was leaving a restaurant.

Thanin confessed that he was the gunman and that he fled to Phuket after the killing and remarried, said the report.

Upon arrest, Thanin said he and two other men were hired to carry out the hit by three influential local politicians in Petchaburi, whose names were not divulged.

The other two men allegedly involved in the killing are already in custody.

The arrest ends an investigation by Region 7 Police, who will now face pressure to bring the masterminds to justice.