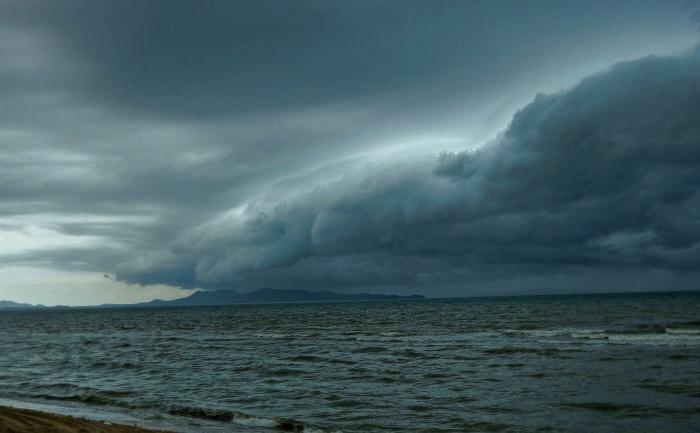 PHUKET: A high-surf warning has been issued for Phuket beaches, particularly the West Coast ones, by the Surin-Bangtao Surf Lifesaving Club this morning.

Starting Wednesday, an unusually powerful and extra-seasonal storm is predicted to affect Phuket and to continue over the next seven to ten days, the “Club” announced today.

“A low pressure cyclone is predicted to form in the Bay of Bengal – to the northwest of Phuket – within the next 48 to 72 hours. For the next seven to ten days, wave heights at the above beaches could rise to 1.2 meters, with wave faces up to 2.5 meters and more,” Daren Jenner of the Club told the Phuket Gazette.

The warning also urges beachgoers to listen to lifeguards and obey all warning signs and instructions, adding that inexperienced swimmers will face an increased risk of drowning at the above locations.

“Only advanced surfers and swimmers should enter the water if large waves are present. Wave heights and rip currents are stronger near rocks and headlands and all swimmers should avoid these areas until wave heights decrease,” said Mr Jenner.

The warning also said that swimmers should beware of the ‘Phuket Cocktail’ where longer period swells (which are farther apart and more powerful) are concealed by a nearly constant short period swell train, which causes sudden formation of very powerful rip currents, pulling swimmers out to sea and into the breaker zone.

Once in the breaker zone, the second half of the ‘Phuket Cocktail’ takes over. Swimmers are then faced with waves breaking over them every few seconds. This situation can lead to drowning in a very short time, often within just a few minutes.

The Thai Meteorological Department has also issued a similar warning on their website.