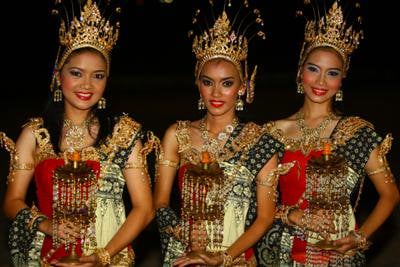 Phuket Tourist Association (PTA) Vice-President Bhuritt Maswongsa told the Gazette that current occupancy rates and bookings from now until the end of the year should result in an island-wide average occupancy rate of about 55% compared to 80% for the same period last year.

Mr Bhuritt, who is General Manager of the Patong Beach Resort, said the main cause for the downturn was a drop in the number of arrivals from Phuket’s traditional “bread-and-butter” market: Europe.

Security fears resulting from the ongoing political turmoil in the capital and global economics have combined to keep the Europeans away, he said.

“Many countries still have travel advisories in effect, warning tourists not to visit areas where pro- and anti-government demonstrations are taking place. Also, the economic crisis in the US and Europe has caused potential tourists to delay or cancel their travel plans in order to save money,” he said.

“I expect that many hotels and resorts will be forced to lay off staff around the middle of next year. Another reason for the lower occupancy rate is probably an oversupply situation in the number of hotel rooms,” he added.

In Patong alone, the number of rooms registered with the Tourism Authority of Thailand grew from 9,919 in 2005 to 12,962 by September this year, which is an increase of over 30%.

Similar increases in the number of rooms available at hotels, resorts and rental villas have taken place in many other parts of the island.

The PTA and the government will launch a road show to China in mid-December in a bid to lure in more tourists from that country, he said.

Rage on the road turns fatal