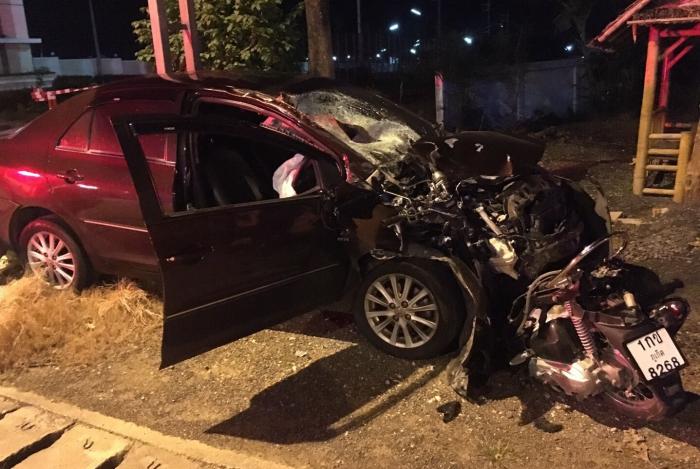 Police arrived to find a 38-year-old Korean woman, named as Hyemi Lee, standing by her car in shock at the scene in front of Dibuk Hospital. Her car had collided with the tourists’ motorcycle, which was jammed under its front right wheel.

“Witnesses told us that Ms Heymi was driving into town about 2:55am, when the two tourists came in speeding from the opposite direction and crashed into her car,” said Lt Kwansirinath Thairat of Wichit Police.

Police found the two tourists at the scene, one of whom was unidentified and died on the spot. The other was a Russian national, who was taken into the hospital where he was later pronounced dead.

No charges have been filed against Ms Heymi pending further investigations.