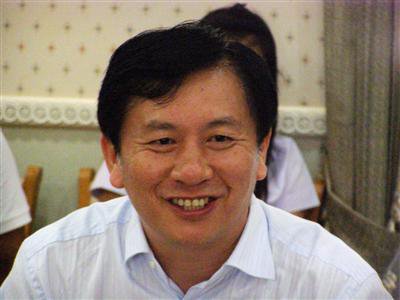 PHUKET CITY: Representatives from the Chinese province of Hainan paid a visit to Phuket as part of a three-day study tour examining tourism management and development strategies.

It was the final day of their three-day stay in Phuket, which included tours of the Laguna Phuket resort complex and the Phuket FantaSea cultural theme park.

Hainan, the smallest Chinese province, comprises some two hundred islands. The vast majority of residents stay on the main island of Hainan Dao.

Yesterday’s meeting began with a Chinese-language video presentation extolling the tourism opportunities and cultural background of Phuket and surrounding provinces.

Before beginning talks, Mr Jiang officially congratulated Gov Wichai on his being appointed as governor of Phuket.

Mr Jiang then invited a delegation to visit Hainan on March 20 to 22 next year, when the island will host a tourism promotion event.

Official visits between leaders of the two islands date back to 2002, when then-Hainan Governor Wang Xiaofeng led a delegation to meet then Phuket Governor Pongpayome Vasaputi, who is now Permanent Secretary of the Ministry of Interior.

Hainan has a rapidly expanding tourism industry, with the vast majority of visitors being mainland Chinese.

“The numbers are increasing annually. We already have two airports, but it is not enough to meet demand so we are planning to build another,” Mr Jiang said.

Noting that Hainan has 70 times the land area and 25 times the [official] population of Phuket, Mr Jiang said he wanted Phuket business people to be aware of the investment opportunities Hainan has to offer.

Gov Wichai said he would be happy to attend next year’s event – if he is somehow still assigned to Phuket.

That seems unlikely, as he must take mandatory retirement from the civil service when he reaches his 60th birthday in mid-March, 2010.

Gov Wichai told reporters the Hainanese delegation ‘learned a lot from us’.

The possibility of sending a delegation to attend the March event would be discussed with the TAT and Phuket Chamber of Commerce.

In addition to being island resort destinations, Phuket also has cultural ties with Hainan.

A considerable portion of Phuket’s ethnic Chinese can trace their roots back to the island, which is pronounced ‘Hailum’ in Thailand.

The Hainanese Shrine in Phuket City is one of the few Chinese shrines on the island that does not take part in the annual Vegetarian Festival.

Phuket Hainan Association President Chaovapong Mekarakul, also publisher of Siangtai Daily newspaper, told the Gazette Phuket and Hainan were officially linked as sister cities several years ago when then Phuket Governor Udomsak Uswarangkura signed a memorandum of understanding with his Hainanese counterpart at the time.