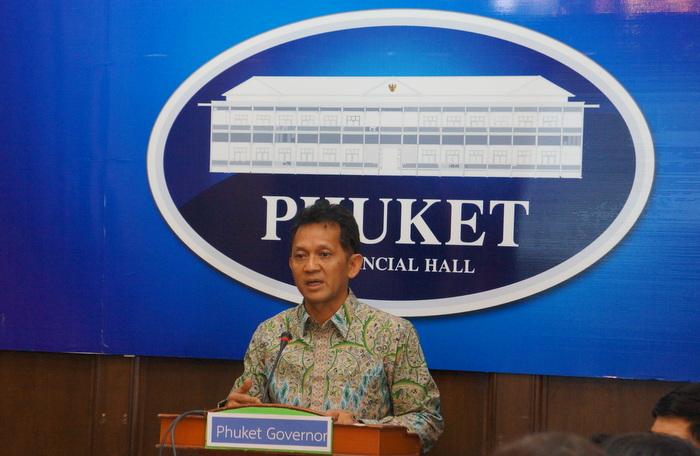 PHUKET: Plans for the multi-billion baht ‘dream road’ project that will connect Sakoo and Koh Kaew are now being drawn up by consulting firms, confirmed Phuket Governor Chamroen Tipayapongtada.

Governor Chamroen revealed the plans Wednesday morning, stating that it’s his dream to build a road that will serve as a new gateway to welcome tourists from around the world.

“The 22-kilometer road will run in close proximity to Thepkrasattri Road and be free of traffic lights in order to ease the flow of motorists towards the airport, town and the beaches,” Gov Chamroen said. “During the design phase we will hold at least five public meetings, after which we will submit the plan for the Environmental Impact Assessment [EIA].”

The governor estimated that the more than 10-billion-baht project will then see 12 months of private land expropriation, followed by 36 months of construction.

“The road will be 80 meters wide, including bike lanes, and will be a very scenic route – just as the governor says, it will be a dream road,” confirmed Samak Luedwonghad, director of the Phuket Highways Office. “Additionally, all cables along the road will be buried.”

Gov Chamroen called on all Phuket residents to join in the public meetings to share ideas and concerns.