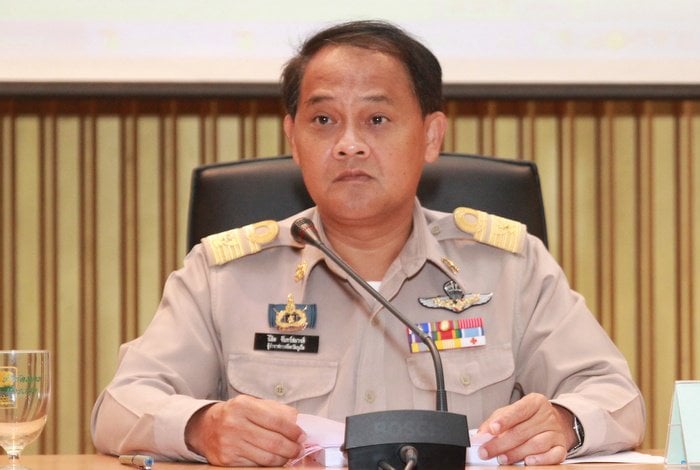 PHUKET: GrabTaxi is preparing to push into Phuket, following the attempt of similar service provider Uber, which has sliced off a piece of the island’s taxi-service market since it arrived here in November last year (story here).

Unlike Uber, which was originally declared illegal by local government officers as they wrangled with exactly what the business model was (story here), the launch of GrabTaxi was tabled by Governor Nisit Jansomwong at a meeting on public transportation projects yesterday morning.

“Though Uber does provide a similar service, GrabTaxi drivers will be logged into the provincial system, allowing us to monitor and control the situation better,” Gov Nisit explained. “This service will provide more options for those needing to get around the island and will hopefully help to usher in a new era of convenient, reasonably priced public transportation.”

GrabTaxi, available for free download on iOS, Android, and BlackBerry platforms, is the first and largest taxi app in the Philippines and Southeast Asia that enables passengers to book taxis with just a few taps on their smartphones, the company’s website explains.

“GrabTaxi aims to revamp the local taxi industry by introducing simple, cost effective, mobile-based technology to both the supply [driver] and demand [passenger] sides of the distribution chain. With this technology, GrabTaxi hopes to optimize the matching process between drivers and passengers.”

The company’s mission statement sidles up right next to those made by Uber Regional General Manager Mike Brown last year: “Uber is a technology company that connects riders and drivers to enable safe, convenient and affordable transport. Uber makes cities better by reducing congestion and improving transport availability and safety. Today, Uber operates in more than 220 cities across six continents.”

At the meeting yesterday, Gov Nisit justified the need for the GrabTaxi service as a number of countries’ ambassadors continued to demand a better understanding of what measures are being taken to sort out Phuket’s public transportation disgrace.

“I think now is the right time to manage the taxis on the island,” Gov Nisit said. “GrabTaxi will make it easier for people to catch rides.”

Gov Nisit insisted this did not mean that there would need to be any increase in the number of taxi drivers on the road.

“We just give the drivers already here the application to use,” Gov Nisit said. “The app will also allow passengers to report bad experiences with specific drivers.”

Though green-plate taxi drivers are invited to download the application, GrabTaxi’s website assures that all “drivers are trained to turn on the meter once the passenger is inside the taxi”.

GrabTaxi does charge a 25 baht booking fee in Bangkok. It has yet to be revealed if it will be the same in Phuket.

“We already have 57 applicants for the pilot project,” Gov Nisit added.