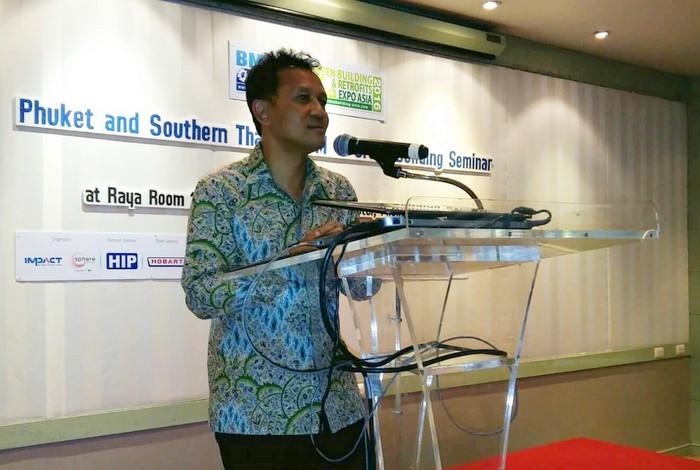 Mr Panupan said that building sustainably means balancing between the delicate needs of the environment, the economy and society. “The true definition of a green building lies in its sustainability.”

He said that the SCG headquarters was specifically designed to limit the energy needed to regulate the building’s temperature, lighting and water consumption requirements.

“Phuket’s builders should not disturb their surrounding natural environment by clearing forests or building on a gradient, which may cause erosion. As a tropical island, it’s important for developers to adopt green building designs to preserve the natural environment. It’s crucial for builders to incorporate their developments into the environment, rather than the other way around,” said Mr Panupan.

To that effect, Mr Panupan recommended the use of renewable building materials, including bamboo and recycled metal and stone.