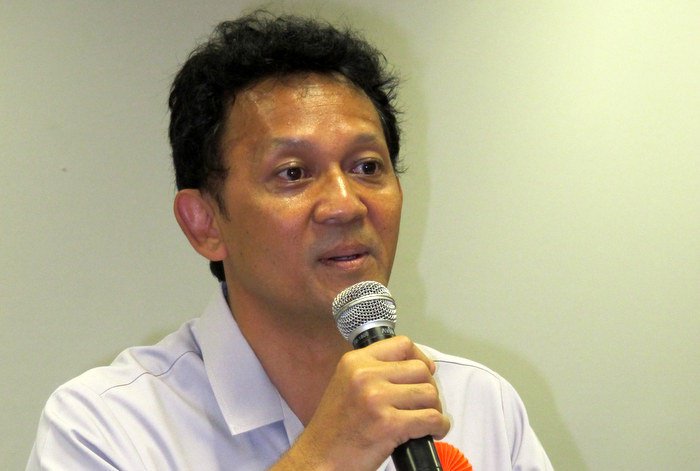 PHUKET: The committee monitoring the Indonesian haze that descended on Phuket earlier this week was disbanded by Phuket Governor Chamroen Tipayapongtada yesterday.

“Even though we have officially closed down the committee, all officers remain on call in case the issue arises again,” Governor Chamroen said. “At this stage, we will continue to monitor the air pollution levels – it is something that can never be ignored.”

The 24-hour average for Phuket was down to 22 micrograms [PM10] per cubic meter by 8am this morning, which is within safe limits, confirmed Pornsri Suthanarak, the director of the Regional Environmental Office. The average had already dropped to safe levels by yesterday morning (story here).

However, average air pollution levels climbed up to 201 earlier this week, causing delays at Phuket International Airport and forcing local government bodies to hand out face masks to the elderly and infirm and others affected by the haze (video story here).

Indonesian Consul Triyogo Jatmiko met with Governor Chamroen on Thursday to detail what efforts were being made to put out the Indonesian forest fires that continue to belch the thick haze over the region (story here).

In addition to the promises made by Indonesia, changes in weather conditions have played a major role in clearing the air in Phuket.

“We expect the haze to continue to dissipate as a cold wind has started to move it away from Phuket,” Dr Pornsri told the governor yesterday.

If there are any further public health concerns, not only those revolving around the haze, up-to-date information will be released in Thai and English, Gov Chamroen explained.

“Tourists and the English-speaking community on the island need to also be well informed about what is going on,” Gov Chamroen said.

Tourists are still going to Phuket’s beaches despite the health risks from the Indonesian haze. The reason: no one has told them a health warning has been issued. Video: PGTV