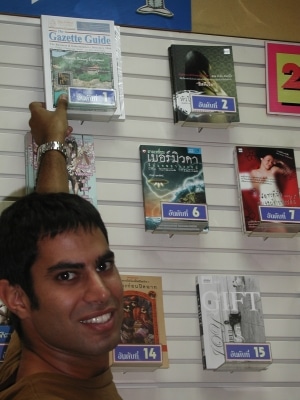 PHUKET: It may not qualify as a racy read, but the Gazette Guide 2006 has topped the best-seller list in the Se-Ed Book Center at Tesco-Lotus for the past two weeks.

Janjira Katekaew, the shop’s Supervisor, told the Gazette that she was very surprised that the Gazette Guide was top of the list.

“We’ve seen very good sales of it. Some people – most of the buyers are foreigners – have bought two or three copies and we had to reorder a new batch after just a few days,” she said.

Coming second to the Guide was Hua Jai Nee Mai Mee Por (This Heart Is Never Enough), a historical novel, while in third place was a driving manual for students.