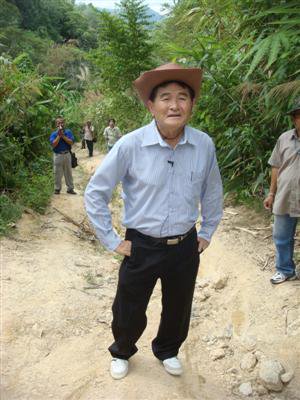 PHUKET CITY: The hottest ticket in Phuket next Friday night will be a lavish gala dinner being held to celebrate His Majesty the King’s 82nd birthday and commemorate his several visits to the island during the period from 1959 to 1973.

The event will take place starting at 6pm at the Phuket Governor’s Mansion, a historic Phuket site and well-known to cinema buffs as one of the filming locations for the 1984 film The Killing Fields.

Attending the by-invitation-only event will be senior government officials, Phuket’s complement of honorary consuls, and prominent local businessmen, both Thai and foreign.

Admission is free of charge for those lucky enough to be invited.

A highlight will be the viewing of a 15-minute documentary film with footage of HM The King’s visits to the island.

HM The King’s first visit to the island was in 1959, when he stayed at the Governor’s mansion and visited many parts of the island.

His second visit was in 1967, when he presided over the opening ceremony for the Heroines’ Monument in Thalang. Subsequent visits followed in 1968 and 1973.

Alleged Aussie perfume thieves out on bail in Phuket