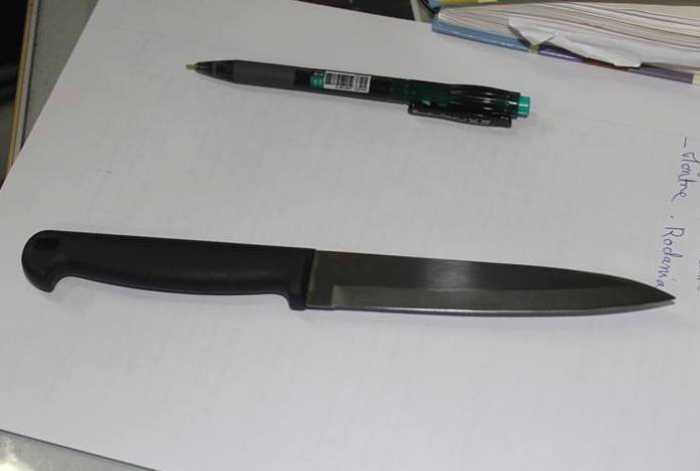 PHUKET: A 70-year-old French national fought off a pair of teens attempting to rob his female companion at knife-point in Phuket last night.

David Estermann and his friend, Aurelie Allain-Lebreton, were driving along Soi Suksan 2, a poorly lit road in Rawai, when they were forced to a stop by the two teens.

“They stopped their bike in front of us. One of them pointed the knife at Aurelie and tried to take her purse,” Mr Estermann said. “But I fought him off and knocked him down.”

“Then the other boy attacked me in an attempt to help his friend, but I was able to handle him too.”

With Ms Allain-Lebreton screaming for help, the teen abandoned his friend and fled the scene on his motorbike. Mr Estermann suffered minor injuries to his left ear and hand during the fight.

“Mr Estermann called his friend who lives nearby and knows where I live. His friend came running to my house to inform me about what happened,” Sen Sgt Maj Jittakorn Chimnate of the Chalong Police said.

Police were able to identify the teen who fled as a Phuket Town resident. The other teen was arrested at the scene.

“We went to his house this morning, but we didn’t find him,” Capt Kaisorn Boonprasop of the Chalong Police told the Phuket Gazette today. “We will continue to hunt him until he faces justice.”

Both teens will face charges for the armed robbery.

A similar bag-snatch attempt in 2012 – in which Australian travel agent Michelle Smith attempted to protect her property (story here) – had a very different outcome. Ms Smith was fatally wounded and the two men were given life sentences (story here). After the slaying, police warned tourists about the dangers of fighting back.

Earlier this year, three youths ambushed a British national and his wife as they slowed their motorbike at a speed bump in northern Phuket. The motive for the attack was never substantiated (story here).

The attack in September, as well as the gruesome murder of two British backpackers in Koh Tao, drove the Gazette’s most recent reader poll, which asks: “Do you feel safe on the streets of Phuket after dark?”