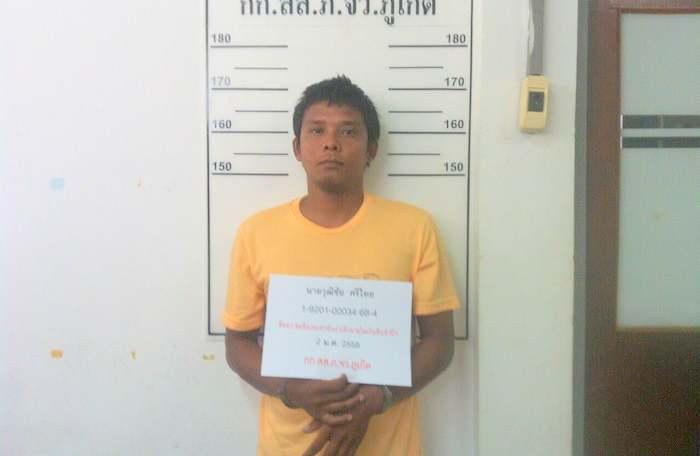 PHUKET: A Trang man confessed to police that he attempted to rape an 8-year-old Russian tourist on Friday.

Karon Police confirmed to the Phuket Gazette that former hotel employee Wuttichai Srithai, 30, admitted to coaxing the girl into a room after seeing her playing on a computer on the ground floor of the hotel.

Police declined to name the hotel.

“The girl shouted for help. Passersby heard her call and were able to break open the door,” said Lt Nipon Temsung of the Karon Police. “The suspect immediately fled the scene on his motorcycle.”

Hotel staff were able to confirm Mr Wuttichai’s identity using CCTV footage and informed police that his wife was currently employed at the hotel’s restaurant.

“Mr Wuttichai’s wife told us that her husband was most likely hiding at their home in Thalang,” Lt Nipon said. “When we confronted him, he initially denied all charges. However, in the face of CCTV evidence, he confessed to the crime.”

The child was taken to Vachira Phuket Hospital for an examination, and has since been released into the custody of her father.

Mr Wuttichai was charged with the attempted rape of a minor under the age of 13, which yields a maximum penalty of up to 20 years imprisonment, a fine of up to 40,000 baht, or both.