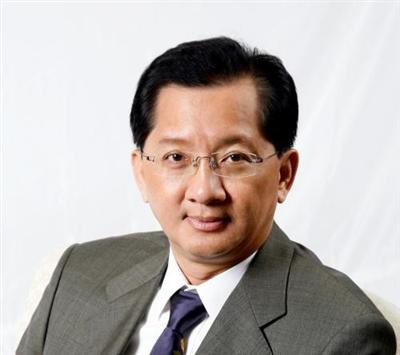 The Phuket ICEC, slated to be built on 1.5 rai of Treasury Department land in Mai Khao, has 2.6 billion baht in funding approval from the department. However the project is on hold following a rejection of its Environmental Impact Assessment (EIA) by the Environment Ministry’s Office of Natural Resources and Environmental Policy and Planning, or ONEP.

Among the reasons cited by ONEP for the rejection was a claim that the site encroached on a traditional sea turtle nesting site. Local residents flatly rejected this, however, and there have been virtually no reports of sea turtles nesting at any Phuket beaches since the beginning of the nesting season that typically runs from Novembers to March.

Local fears that the megaproject would be scuttled by the Pheu Thai-led government eased after Cabinet granted the department a two-year extension on the time it would take to clear the EIA process and sign an agreement with a project contractor.

Other multi-billion-baht projects under Treasury purview include a real-estate venture at Mo Chit BTS Skytrain terminal, a five-star hotel beside the Chao Phraya Rivera and government office buildings on Phaholyothin Road, all in Bangkok.

“Some of these projects have been delayed for 18 years,” Mr Thirachai told a news conference yesterday. “I don’t want them getting stuck any longer.”

The department must report to him on the progress of these projects every few weeks, he said.

Mr Thirachai also wants the department to put in place effective measures to prevent people unlawfully occupying lands under the management of its State Property Management and Services Office, or Ratchapassadu.

The department continues to take back land plots currently occupied by state agencies, particularly the Army, which does not fully utilize them, he said.

Regarding appraisal values, those of land flooded or located in floodways will remain unchanged next year. These lands extend from Chiang Mai to Greater Bangkok, according to the department.

The Treasury Department will next year announce new land appraisals, averaging 20 per cent higher nationwide, on which to base tax collection. Land values in Bangkok will go up 17 per cent on average, while land along Rajdamri Road in the capital will skyrocket by 50-60 per cent.

Naris Chaiyasoot, director-general of the Treasury Department, said the department would propose a master plan on how to manage government lands and other assets to the finance minister in February.

He conceded his department had not yet completed a database necessary for better management of these assets, such as updates on the environment surrounding lands and laws related to land use.

Girls saved in Phuket, safely back in France