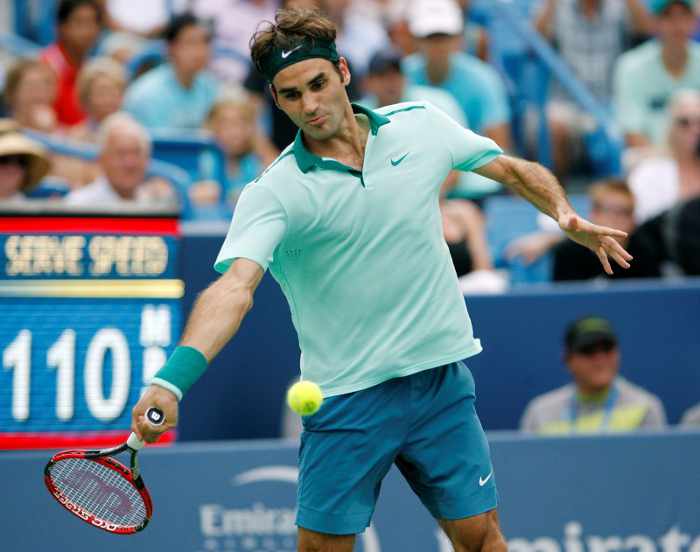 PHUKET: Roger Federer’s hopes of adding to his record grand slam haul got a boost as he beat Spain’s David Ferrer 6-3 1-6 6-2 to win the Western and Southern Open title in Cincinnati on Sunday in the last key U.S. Open tune-up event.

It marked the sixth Cincinnati title for the Swiss second seed and, coming off last week’s runner-up finish in Toronto, will give him plenty of confidence going into the year’s final grand slam.

Federer recorded the only break of the opening set for a 5-3 lead over his sixth seeded opponent and then did well to fight off four break points in the next game before wrapping up a tidy first set in 31 minutes.

But Ferrer quickly stole the match’s momentum when he staved off four break points en route to prevailing in an 18-point game to open the second set.

Ferrer raced out to a 5-0 lead before Federer finally held serve but the 33-year-old Swiss was unable to avoid being pushed to a third set.

Federer found his groove in the decisive set, getting his second break of serve to open a 3-1 lead and then capping the match with yet another break to remain undefeated in 16 career meetings versus Ferrer.

The 17-times grand slam winner has not captured one of the sport’s blue ribband events since Wimbledon in 2012 but is playing at a high level.