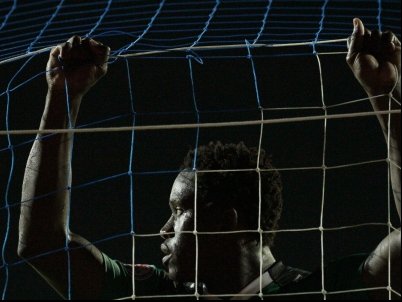 PHUKET: Sponsor Thai Premier League (TPL) side TOT SC hosted FC Phuket at their new stadium in Nonthaburi yesterday to see who would advance to the FA Cup fourth round.

This match was the very first match to be played at the home side’s new stadium. TOT automatically qualified for this stage of the competition while Phuket earned their position with a 7-3 demolition of Bangkok Christian College Football Club on June 15.

TOT dominated the opening minutes of the match, but Phuket had the lion’s share of scoring opportunities throughout the first half.

Kone Adama narrowly missed an opening score for Phuket when his header looped over the crossbar form a Niran Funtong corner in the 24th minute.

On 30 minutes, Phuket’s French goalkeeper Jonathan Matijas kept his team in the game with an outstanding save. A 25-yard strike looked destined for the top right corner, but Matijas flung his right hand high, and clawed the football away.

Adama turned provider for Funtong in the 38th minute, but the TOT goalkeeper got down well to keep Funtong’s half-volley out.

Thirteen minutes in to the second-half, Adama crossed to Sarach Yooyen, who weaved through several defenders before blasting a shot high over the bar.

TOT began to put more pressure on the visitors as the clock ran down to the final 10 minutes. On 83 minutes, TOT fans celebrated the first goal at their new stadium when Cheick Abib Fofana was given a free-header from a Wichan Nantasri corner. His finish deservedly punished Phuket for dreadful defending.

Two minutes later, Phuket looked to have equalized when a hopeful shot by Seksit Srisai ricocheted off a post into the path of Nene Bi Tre Sylvestre. His thundering retort found the TOT net, but the referee’s assistant had his flag raised for offside. Protests from players and management were unnecessary with at least two Phuket players failing to get back on-side before Seksit shot at goal.

Somchai Subpherm, coach of TOT said that he was relatively satisfied with his team’s performance . “The team followed our game plan. I’m glad we were able to record a win in the first match at our new stadium,” he said.

Phuket coach Sompong Wattana said that he was proud of the team’s ability to hold their own against a strong opponent from the Sponsor TPL.

“I can confidently say that everyone played to their limits. It’s alright that we lost today, we still have our Toyota Cup and league matches to focus on,” he said.

Phuket’s next league match is against Rajapracha FC who are seventh in division one – two places above Phuket. The game is an away fixture at Mahidol Salaya Campus and kickoff is scheduled for 4pm on July 30.