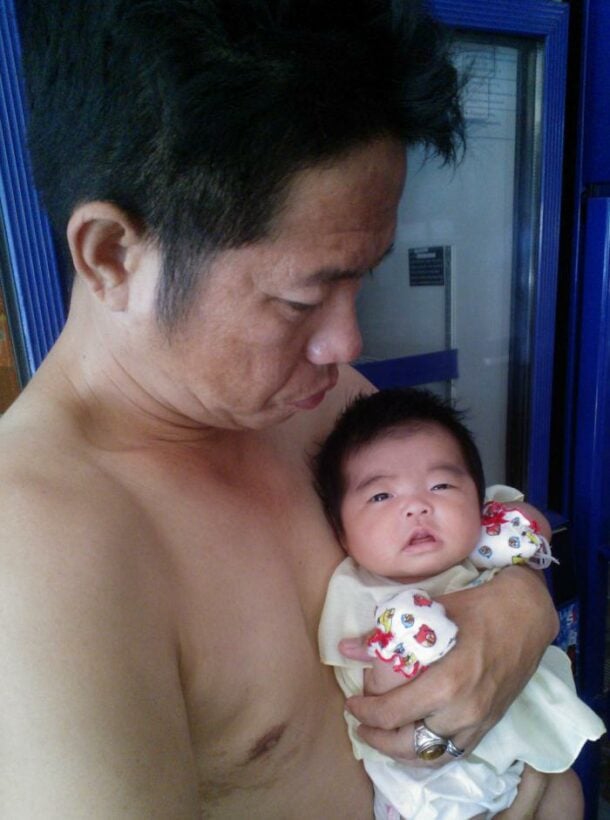 Each month thousands of people seek treatment at Phuket hospitals for breathing difficulties, eye and nose problems and even nausea – all brought on by dust and other forms of air pollution. The Phuket Gazette‘s Irfarn Jamdukor investigates.

PHUKET: The Phuket health chief has revealed the disturbing news that in February alone more than 2,500 people in Phuket Town received hospital treatment for ailments brought on by dust and air pollution.

“Dust is a serious health issue affecting people throughout the island. We are very concerned about it,” he said.

Residents in and around Phuket Town are suffering more than most, Mr Kajornsak noted.

“Phuket Town has more on-going construction projects than other areas of Phuket, but many people in Kathu and Thalang are also suffering…

“Last month, we recorded 1,500 patients in Kathu and 1,000 people in Thalang receiving hospital treatment for exposure to air pollution.”

Patong is no exception, Mr Kajornsak added. He pointed out that residents living in more than 100 households have suffered health problems due to the ongoing road construction in Phuket’s leading tourism town.

“They all had red eyes and a heavy cough. Some of them had headaches, skin irritations and even nausea. The worst affliction was dust in the windpipe, which makes it difficult for the patient to breathe,” he said.

“We really do not know at which locations around the island that people suffer the most. All we receive in the reports is how many people were treated for a specific set of signs or symptoms related to dust pollution in a certain area.”

Sick and tired of clouds of dust from dump trucks plaguing their community, residents at the Srisuchart Grandview housing estate on the bypass road recently staged a protest over dust placing their health at risk.

The residents’ main objection was an incessant parade of dump trucks hauling soil into the neighborhood for a lake-filling project that left the community shrouded in a constant heavy haze (story here).

Although adults in the neighborhood suffered from dust-induced ailments, their heart-wrenching concern was for their children.

“My son is little more than one month old,” said Tawan Tejarungsri, 27.

“He became very sick last month, and now I am very worried about how this will affect his health in the long term.”

“All of them fell sick. One of them had a heavy cough. The other two had problems breathing and sore eyes,” he said.

Even more frightening was when the children fell silent.

“Their eyes turned red when they seemed to be suffering the most. They just spaced-out and didn’t talk much,” Mr Wichit said.

“I worry deeply about this and how it may cause other diseases to affect them.”

PPHO Chief Mr Kajornsak shared Mr Wichit’s concern, and highlighted how children living near construction sites were exposed to a plethora of other conditions.

“Children who grow up in polluted areas, including those near construction sites, tend to have health complications throughout their adult lives,” he said.

“The dust can lead to other serious diseases and conditions, such as pneumonia, blocked bronchus, pinguecula, glaucoma and skin diseases…

“All of these are long-term problems that will continue to affect the children for many years.”

Not only did the dust pollution at the Srisuchart Grandview housing estate take its toll on the residents’ health, it also directly affected the incomes of many local vendors.

Raranron Jhiamsai, 35, a staffer at the River Beer Garden restaurant near the lake being filled in, said,
“I have fallen sick three times this month. My eyes turned red because of the dust and it was hard to breathe.

“I’m not the only one, my colleagues got sick too. They each had to stop working for days while they got better. We didn’t even have enough staff to serve customers.”

Restaurant owner Weerayuth Sangswang said the dust had caused a drastic fall in the number of patrons at his venue over the past four months.

“Our total income last month was about 10,000 baht. But before they started filling in the lake, it
averaged about 25,000 baht per month,” he said.

“The income is not enough and we have many mouths to feed in my family.”

“And there are many construction projects on the island where the contractor does not care about preventing air pollution,” he said.

To combat the rising incidence of health complaints from fouled air, the PPHO stages outreach
visits to communities in risk areas several times a month.

“We raise awareness of air pollution and advise local residents on how to protect themselves from the air they breathe,” Mr Kajornsak said.

“The simplest solution is to wear a mask. It can prevent a person from inhaling both dust and smoke.”

However, Srisuchart resident Mr Tawan told the Gazette that without masks, all he could do was close every door to his house to prevent dust from coming in.

Yet the best weapon against air pollution lay in the hands of local officials, namely municipal officers, suggested Mr Kajornsak.

“They have the authority to ensure contractors comply with health regulations,” he said.

Local officials must be made aware of the risks and the effects air pollution has on residents in their areas, Mr Kajornsak suggested, and the officers must be taught what laws they have at their disposal to ensure compliance.

“For example, local municipalities can ensure the construction company sprays water along dirt roads used by trucks to stop dust from being churned into the air,” he said.

“They can also make sure fences are erected to prevent low-level dust, which contains heavy dust particles, from flowing into residents’ houses.”

Reinforcing Mr Kajornsak’s belief that local administrations have the power to effect true change in combating dust pollution, the protest by Srisuchart Grandview residents last month resulted in Rassada Municipality stipulating a list of eight conditions that the contractor was forced to agree to in writing in order for work to continue. Since then, conditions at Srisuchart have improved greatly.

“They are still working on the project, but only four to five trucks operate at the site from 5pm to 7pm and a fence has been set up around the lake,” Mr Tawan said.

“The pollution is much better than it was last month.”

Despite the good news in the battle to clear the air at Srisuchart, Mr Kajornsak urged parents to take a pro-active role in protecting their children from dust pollution.

“Parents living in risk areas have to take special care of their children’s health. The parents must clean their hands every time they prepare meals and all foods in the house should be covered,” he said.

“Parents should not let their child walk t