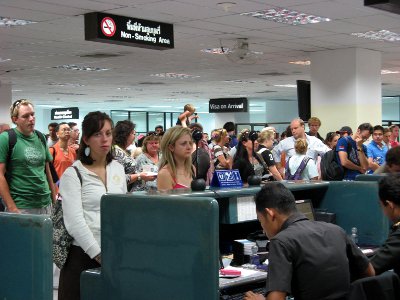 PHUKET: A special task force of drug enforcement officers from Suvarnabhumi Airport in Bangkok will be stationed at Phuket International Airport to combat the rising incidence of drug trafficking.

The senior narcotics officer explained that the move was to counter Phuket becoming the portal of choice among drug mules.

“Phuket International Airport is the new target of drug smuggling into Thailand, instead of Suvarnabhumi Airport,” he said.

Maj Gen Puttachart added that drugs were increasingly being brought onto the island by road as well.

“Drug statistics are up this year, and they are now smuggling drugs through the Tah Chat Chai checkpoint.

“We need to have an x-ray machine at the checkpoint, which we do not have at the moment.” he added.