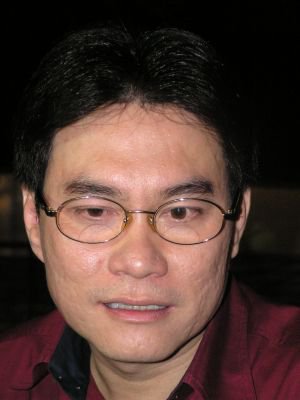 PHUKET CITY: Thousands of people who turned up for two Democrat Party rallies on June 25 and 26 heard a speech by Democrat Party deputy leader Jurin Laksanavisit in which he berated the Thai Rak Thai government as a failure, and outlined his party’s platform for the upcoming general election. The well-attended rallies were held on consecutive nights, the first at Saphan Hin and the second in a field opposite the Cherng Talay Tambon Administration Offices. K. Jurin said that the Phuket events had enjoyed good public feedback. “People will understand the situation in the country better following this campaign. “[One aim] is to make people aware of the failings of this government, especially [its] corruption. Now there is only one family that has swooped in to take advantage of the whole country,” he said. K. Jurin added that the government’s loan schemes had failed to solve grass-root economic problems and had turned Thailand into a nation of debtors – even as Prime Minister Thaksin Shinawatra’s business empire continues to expand. He said the Democrat Party platform would strike at the root problems facing the nation and would focus on education reform. Other areas in which the Thai Rak Thai party had failed its mandate included tourism and security, he said. “Although the price of rubber has gone up, people no longer feel safe going out to tap rubber [at night],” he said. K. Jurin’s speech also touched on the failure of the Thai Rak Thai-led coalition to address the ongoing violence in the deep South. He said he was optimistic about the potential for change. “We are ready for the next national election and expect to get 51 seats out of 54 [in the South],” he said. Chalermlak Kebsup, Democrat MP for Phuket electoral district 2, said the events each drew about 3,000 supporters initially, but that the numbers swelled to about 7,000 as the evenings wore on and Thai country singer Akachai Sreevichai went on stage to give a free concert. The rallies were part of the Democrats’ Meet the People campaign, which is aimed at increasing support for the party in the run-up to the next general election, due to take place in February next year. In the coming weeks the campaign will hit a total of 400 electoral districts nationwide, with each rally featuring an address by a Democrat Party deputy leader.