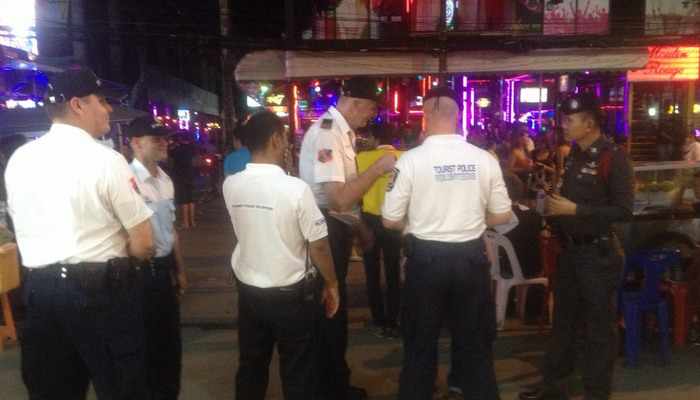 PHUKET: A confused Swedish tourist located his guesthouse after two days of being lost in Patong thanks to the combined effort of the Tourist Police Volunteers and Region 8 Police Volunteers.

Karl “Tommy” Berglund, 67, left his hotel shortly after checking in on Thursday night to go for a walk, taking just a little cash and leaving his room key with the guesthouse receptionist, said Tourist Police Volunteer Divan Mydeen.

After a while, Mr Berglund lost his way and could not remember the name of the hotel.

Mr Berglund looked to locals for help in finding his guesthouse, but to no avail. He then went to the Patong Police Station, where he was told to wait 24 hours. By then, the hotel would have to call and report a missing guest, explained Mr Mydeen.

Local residents chipped in and lent the Mr Berglund some money to stay in a small Patong guesthouse for the night, he added.

On Friday night, after another full day of searching, Mr Berglund came across police volunteers patrolling Soi Bangla at about 10:30pm. He asked them for help, said Mr Mydeen.

Sen Sgt Maj Wichai Boonruen of the Tourist Police, volunteer Vanlommel Marc and Mr Mydeen took Mr Berglund around in the police patrol car to hunt down the guesthouse.

“We drove around Patong… but after several hours it became late and we had to give up our first attempt to find his hotel. We arranged for him to stay overnight at MVC Hotel Patong near the police station and promised to follow up with him in the morning,” said Mr Mydeen.

On Saturday, Mr Marc met Mr Berglund at the hotel and the two went out on foot to search again. The duo walked around for an hour and eventually Mr Berglund was able to recognize his guesthouse – the Silver Resortel on Sawatdirak Road.