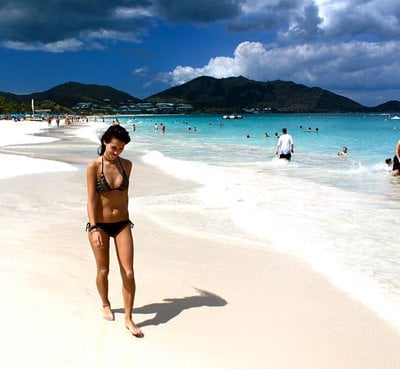 PHUKET: In an editorial in August last year, the Phuket Gazette asked readers to consider whether or not our island’s tourism industry would die from all the deaths.

The deaths referred not only to violent crime but also to more ‘natural’ events such as drowning and road fatalities. But crime was of course the focus amid a wave of murders and the burgeoning notion that Phuket tourism was in the grips of terminal illness.

Today’s news of the state of things in the once idyllic and booming tourist islands of the Caribbean is poignant for its reminder of the mortality of tourism in the jaws of crime, but perhaps enlightening for the morbid minority of Phuket expatriates who preach that crime could not get worse than it already is here.

Gang-related killings have increased substantially across the Caribbean over more than a decade, threatening tourism and all other sectors of the region’s economies and the livelihoods of its people, the UN Development Programme (UNDP) said in a new report released yesterday.

The Caribbean Human Development Report said that Latin America and the Caribbean, home to 8.5 percent of the world population, accounted for 27 percent of the world’s homicides. The report, launched in Port of Spain, reflects a large-scale survey among 11,555 citizens in Antigua and Barbuda, Barbados, Guyana, Jamaica, Saint Lucia, Suriname, and Trinidad and Tobago.

According to the report, Jamaica has the highest homicide rate in the Caribbean and the third-highest murder rate worldwide in recent years, with about 60 murders per 100,000 inhabitants. Only El Salvador and Honduras have higher rates, with 66 and 82.1 murders, respectively, per 100,000 people.

In Trinidad and Tobago, murder rates increased five-fold over a decade to more than 40 per 100,000 in 2008, and then declined to 36 in 2010. The Caribbean Community (CARICOM) estimates that the cost of gang-related crime is between 2.8 percent and 4 percent of gross domestic product (GDP) in the region.

“This report stresses the need to rethink our approaches to tackling crime and violence and providing security on the ground,” said UNDP Administrator Helen Clark at the report’s launch. “We need to follow approaches that are centered on citizen security and address the causes of this recent increase in violent crime, including social, economic, and political exclusion.”

Perhaps Phuket needs to do a bit of the same.

Readers’ views are invited and may be shared in the comments section below.