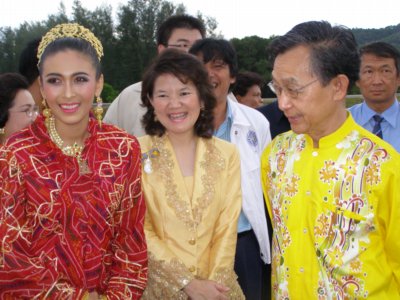 The event is being held at the field where Phuket’s Heroines led locals to victory over an invading Burmese army, about one kilometer west of the Heroines Monument.

The festival features a variety of halal food stalls along with products from the 14 southern provinces on sale.

Muslim arts and plays, such as Di-ke Hulu, and other stage performances depicting local folklore are being held throughout the festival.

Other highlights of the event are local Muslim gourmet cooking contests, an economic self-sufficiency exhibition and career-training programs.

The festival continues until tomorrow night, when it will close after a light-and-sound show recounting the tragic story of Princess Mahsuri, who was wrongly accused of adultery and put to death.

The show begins every evening from 8 pm.