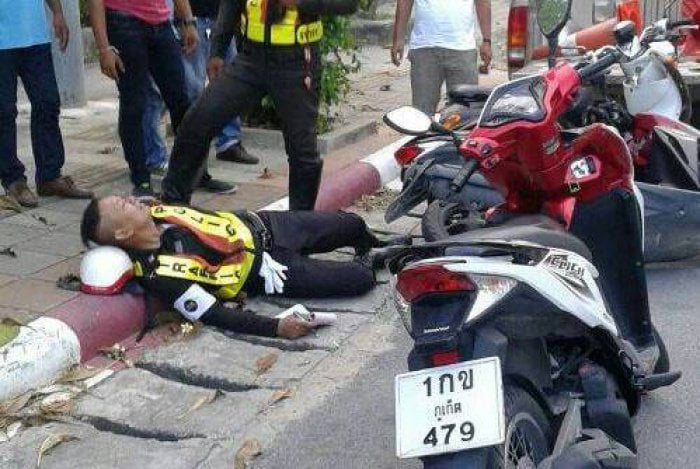 PHUKET: A Chinese tourist drove his rented motorbike into the back of a traffic police officer in Karon yesterday evening.

Sen Sgt Maj Chaichana Phatikabot was only minorly injured in the incident.

“There were four of them on two motorbikes. They had already been stopped and fined for driving without a licence at our checkpoint,” said Sgt Maj Chaichana. “After they got back on their bikes, one of them lost control of the vehicle and struck me from behind. I believe it was an accident.”

Police declined to name the tourist who ran over Sgt Maj Chaichana.

“They have already reimbursed me for the hospital bill. As I was only slightly hurt, I did not file a complaint against them,” he said. “We wanted the issue to quickly come to an end, as I believe they had no intention of hurting me.”

Czech man killed after night out in Patong