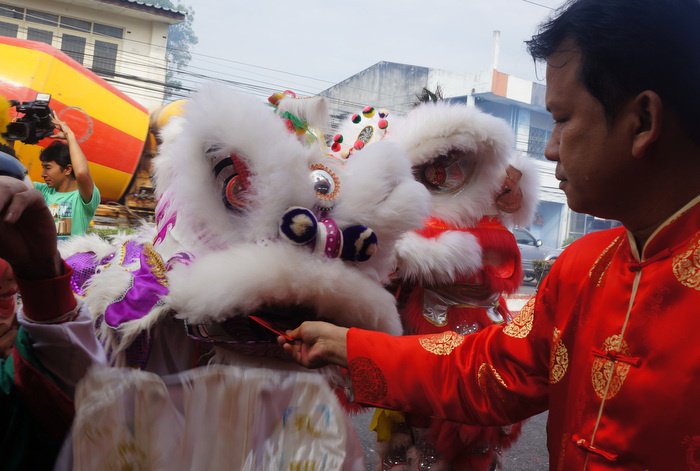 PHUKET: Leaders of Phuket’s tourism and property industries are uncertain what the impact of the yuan’s tumble this month will be, as tremors continue to be felt throughout the world.

A 138% surge in Chinese visitors during the first half of 2015 helped pave the way for the Thai tourism industry to bank more than 697 billion baht in total visitor expenditures, according to figures released by the Ministry of Tourism and Sports.

However, on August 11, the People’s Bank of China’s (PBOC’s) devaluation of the yuan caused the currency to fall to a four-year low, decreasing the spending power of its citizens abroad and raised fears of a global ‘currency war’.

The PBOC quickly moved to calm fears as stock markets around the world took a major hit.

“Looking at the international and domestic economic situation, currently there is no basis for a sustained depreciation trend for the yuan,” the PBOC said.

Though the Chinese arrival and expenditure numbers look strong at the moment, officials are aware that the full impact of the Bangkok bombing and devaluation of the yuan may not be seen in the tourism and property markets for several months.

“I warn that China might launch another round of currency devaluation and that this sudden currency deprecation reflects a looming Chinese economic crisis that could be much larger than thought, and will have a greater effect on global economic balances,” Anusorn Tamajai, dean of economics at Rangsit University, told the Gazette.

“While China is struggling to maintain its economic expansion to prevent turmoil, the decision to use exchange rate policy by depreciating its currency is a means of exporting part of its internal problems to other countries for collective responsibility.”

Chinese visitors are the largest source of both tourists and expenditure for Thailand, including Phuket, totaling 4 million arrivals in the first six months of this year and representing an enormous number of room keys on the island.

Nonetheless, Bill Barnett, founder and managing director of C9 Hotelworks, explained that there will likely be little impact on hotel occupancy from the yuan’s fall.

“Thailand remains a short-haul destination for the Chinese market. We may see Chinese who once travelled long haul go to closer destinations such as Thailand. Location remains Phuket’s key advantage,” Mr Barnett said.

TheChinese market’s real impact in the last two years is driving room rates down with the pressure of mass market numbers.

“Room rates have been strongly impacted for the past 12-18 months by the Chinese movement, and we can expect this to continue. The key [for Phuket] is to find replacement markets, and despite growth in short-haul arrivals, and from some locations like Spain and South Africa, there is no major solution,” Mr Barnett said.

The Cabinet is already considering a bill to help combat cheap tour group packages, but this is not expected to negatively affect arrival numbers for Phuket, explained Santi Pawai, Director of the Phuket office of the Ministry of Tourism and Sport (MOTS).

“If Cabinet passes this into law, it will be a step forward for the tourism industry.”

Although the bill is designed to put an end to ‘zero baht tours’, which rely on mass tourism to be commercially viable, Mr Santi explained that it would not affect the number of Chinese budget tourists taking part in group tours in Phuket.

“Chinese companies are ready to pay a standard rate. However, Thai tour companies are constantly trying to undercut each other by providing cheaper and cheaper packages,” Mr Santi said.

“Smaller, less established companies will be the ones most affected by the bill.”

Kritchakorn Roongmong-kolnam, executive committee member of the Phuket Tourism Association, who oversees the Chinese market on the island, agreed that the bill would not have a negative impact on the tourism industry and that the devaluation was nothing to worry about.

“I do not think there will be any negative impacts on Phuket. This is a good situation for China to balance its currency, and it will be good for tourism,” Mr Kritchakorn said. “There was a previous devaluation of the baht, which caused the yuan to go up almost 20 per cent over the last two years. Now, the yuan has been decreased. It’s a good balance.”

Mr Kritchakorn said the devaluation was nothing compared to the drop in the Russian ruble, which saw an exodus of one of Phuket’s most important markets.

“We may see some changes in the long term, but at this point we just have to wait and see. It is too early to be concerned,” he said.

“At this point, the Chinese market has not changed here. There have been no cancellations or any other signs that should concern us,” said TAT-Phuket Director Anoma Wongyai. “It really is too soon to tell. It takes time for us to see the effects of something like this – for better or worse.”

A slump in the Chinese tourism market, which has yet to be seen, could be an indicator of changes to come in the property market, pointed out Mr Barnett.

“Summer months are the Chinese high season, followed by Chinese New Year, so the timing is disconnected,” Mr Barnett said. “It took six to eight months to realize the impact of the Russian debacle.”

Unlike Mr Kritchakorn, Mr Barnett said it was too early to tell whether or not the island will face something similar to what happened to the Russian market on the island.

“There is nothing comparable to China, so we are heading into unknown territory. While speculation is easy, it’s a wait and see situation,” said Mr Barnett.

The real worry is the domino effect the devaluation could have, pointed out Mr Barnett,

“You have to view the knock-on effect of the yuan issue on global currencies, as that’s the greater concern. Phuket’s Chinese property market is only a ripple in the stream, but if there is contagion to other markets, that’s a trigger,” said Mr Barnett.

“In the later part of the 2000s, the decline of the UK currency had a far stronger impact than the Global Financial Crisis, given the leveraging of that currency to a large catchment of property buyers.”

In fact, there are indications that devaluation might have a positive impact on the property market.

“There are signs that the move may spur other Asian countries to match this move. Given the impact on exports and those trying to match it, this could see the baht depreciate and create more value in the market for opportunistic buyers,” Mr Barnett said.

“However, in broad terms, events like this are generally not a good thing for investment sentiment in property,” he concluded.