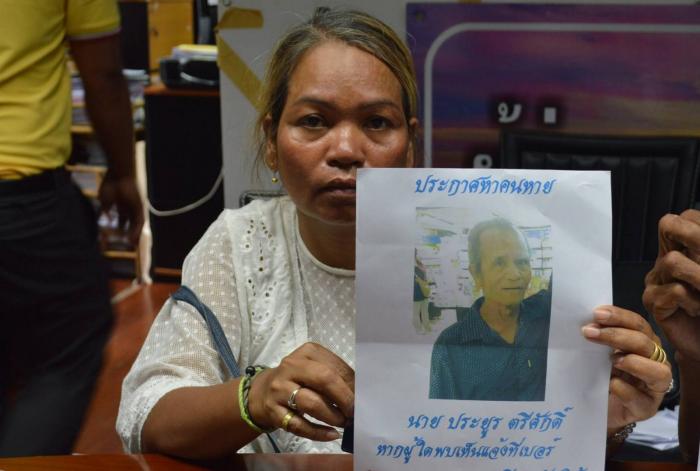 PHUKET: The daughter of an 80-year-old man who allegedly disappeared from a hotel in Patong in the early hours of August 3 has appealed for help locating her father.

Kanjana Danaisuthikul and her husband Praditsakan Danaisuthikul filed a missing person report with Patong Police the same day but after not hearing anything for almost a week, the couple yesterday went to the Provincial Public Relations Office to seek more help.

The missing man, Prayoon Trisak, is described as being dark-skinned and about 160-centimeters-tall. He reportedly disappeared from the Patong hotel at 2am.

“My father is senile and has not been found yet,” said Ms Kanjana. “We made pamphlets of his pictures and distributed them around the area.”

The couple is asking Phuket residents, as well as officials, for help in finding Mr Prayoon.

“We’re offering a cash reward in exchange for your kindness and help in finding him,” said Mr Praditsakan.

Anyone with information that could lead to finding Mr Prayoon should kindly contact Mr Praditsakan on 098-828 4159.

Leads can also be referred to Patong Police Station or the Damrongdhama Center on 076-0213 203.

Chinese tourist run over, killed, in front of wife and kids