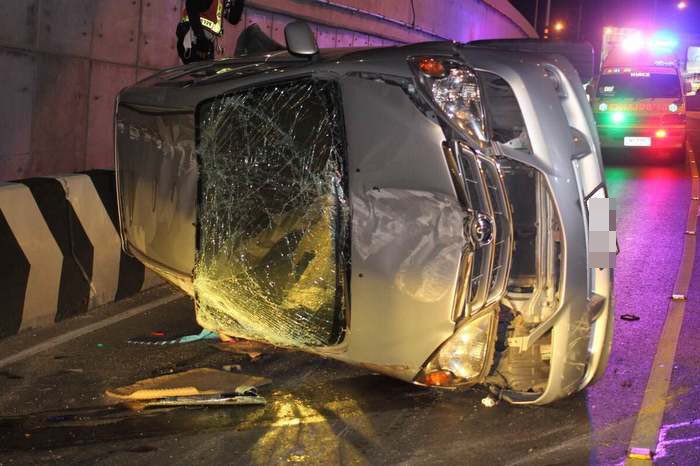 PHUKET: A car flipped inside of the Darasamuth underpass near Central Festival last night, causing all lanes to be temporarily closed off to traffic.

Based on the damage, police believe that an individual driving a Toyota Yaris struck the back corner of a Toyota Avanza, causing it to flip, explained Maj Narong Muangduang of the Wichit Police.

Both drivers received minor injuries in the accident. Police declined to name either, as no charges have been pressed.

“We attempted to question the drivers before they were taken to hospital. However, they were both mentally confused at the time. We will question them again and check any CCTV footage there might be of the accident,” Maj Narong said.