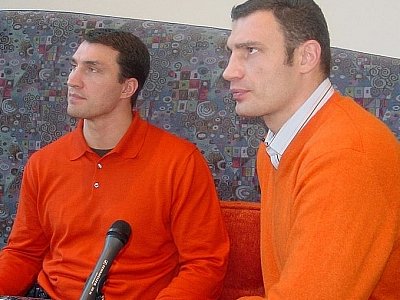 PHUKET: “This is going to be the most brutal execution of a boxer that you’ve seen for many, many years. Don’t go to the hospital with your brother. Make sure you’re there, don’t go with the ambulance.”

WBA Heavyweight Boxing Champion David Haye, 30, from Great Britain voiced and illustrated his intentions towards the Klitschko brothers (Wladimir, 35, – IBF & WBO Champion and Vitali, 39, – WBC Champion) this week by wearing a t-shirt depicting the brothers being decapitated by a Haye (maker) punch and demanded Vitali stay at the fight once he has dispatched his brother to the emergency room.

The cocky Brit will fight Wladimir on Saturday night in Hamburg, Germany, for the heavyweight title, but already has his eyes set on a Klitschko double-KO.

Phuket Live Wire: The empire strikes back, TOT steps up