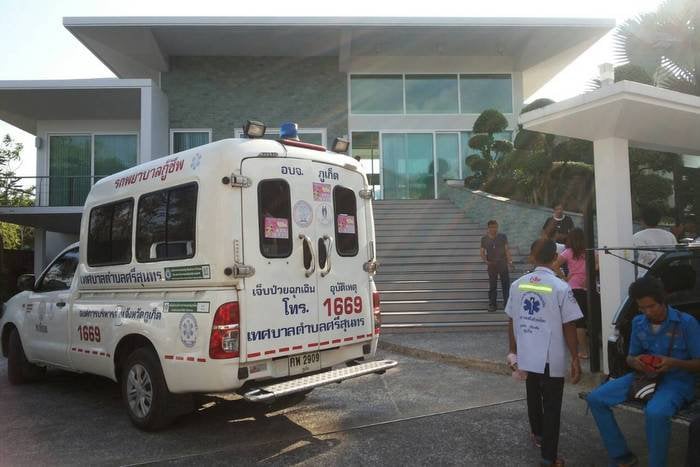 PHUKET: A 58-year-old British national was found dead at his home in Phuket yesterday.

Police and rescue workers arrived on the scene in Srisoonthorn at about 3:30pm to find the body of Dennis Arthur New.

“We believe Mr New had been dead for about 10 hours before we arrived. There was no sign of a struggle,” Lt Kraisorn Boonprasop of the Thalang Police told the Phuket Gazette.

Police were notified of the death by Lee Hunt, a friend of Mr New who lives in Patong, said Lt Kraisorn.

“Mr Hunt told officers that Mr New had been living in Thailand for a year, working in the condominium construction business. He was staying in Phuket with his wife and daughter,” Lt Kraisorn explained.

“His family had left for England on Sunday.”

Mr Hunt told police that he had been contacted by Mr New’s wife yesterday, after she had been unable to reach him, and that she had asked him to go and make sure that Mr New was okay.

According to Mr hunt, Mr New suffered from a history of heart problems and high-blood pressure.

“We believe that he died as a result of his medical condition. However, we are waiting on hospital staff to confirm the cause of death,” Lt Kraisorn said.

Man arrested in possession of meth worth nearly B1mn