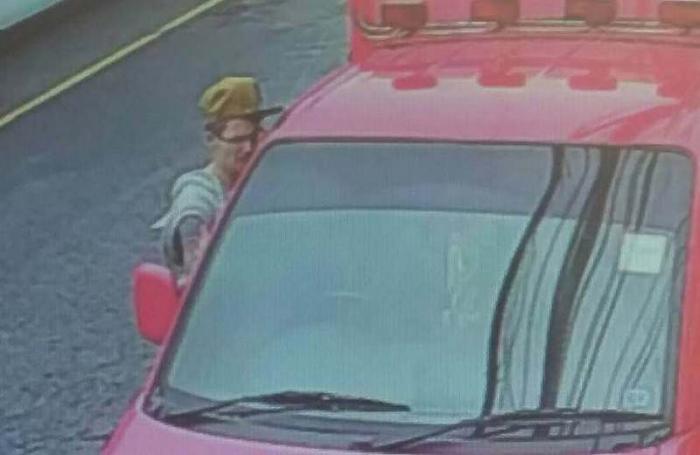 PHUKET: A British tourist was arrested and charged with theft yesterday after stealing a tuk-tuk driver’s wallet and other possessions from inside the taxi’s cab while it was parked in Karon last week.

After reporting the theft to Karon police on Saturday, the tuk-tuk driver, Tawatchai Namwong, posted a warning about the pilfering farang on social media.

The post read: ‘A foreigner in a white car drove up and parked behind my tuk-tuk while I stepped into a Family Mart outlet in Karon. I had not locked my vehicle. The man opened the driver’s side door and stole my ATM card, driving licence and other documents. Please be very careful and lock your car door every time in order to protect your belongings.’

“He is a 27-year-old British tourist, named Aaron Walter, and he had been staying at the KaronPrincess Hotel but checked out on the same day as the theft, but he had rented a white Honda Jazz from a car rental place in Patong,” confirmed Karon Police captain Weerayut Thansirisukhaworakul.