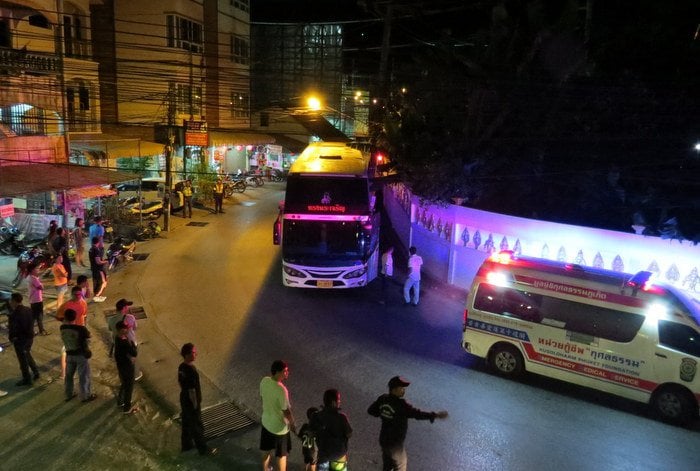 PHUKET: A tour bus driver’s cool head prevented a runaway bus on Patong Hill from becoming the latest serious accident in a seemingly endless string of crashes, some fatal, on this notorious road.

When police arrived at the scene, the Amphol Seatiew tour bus had come to a stop after scrapping against a utility pole outside of Wat Suwankiriwong, at the base of Patong Hill.

“There were 20 Chinese tourists on the bus. Luckily, none of them were injured,” said Maj Weerapong Rakito of the Patong Police.

The driver, who police declined to name, eventually revealed himself to police.

“He said that the bus suffered from brake failure, so he slowed the bus by deliberately scrapping it along the power pole,” said Maj Weerapong.

The driver was charged 5,000 baht for driving an unsafe vehicle and causing damage to property. However, the company responsible for the vehicle and its maintenance was not charged, confirmed Maj Weerapong.