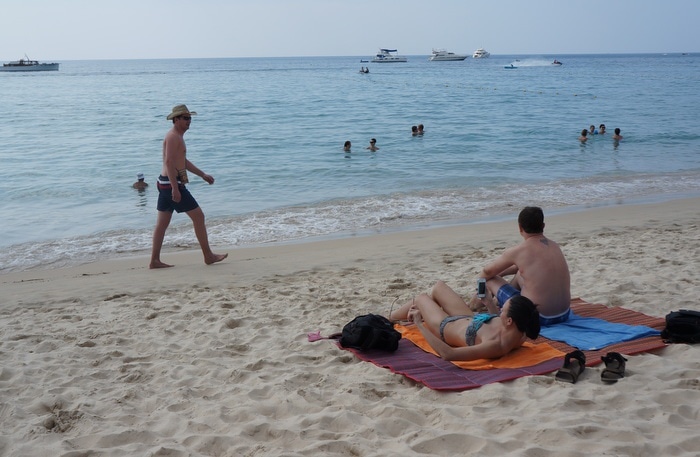 PHUKET: Disobedient vendors on Surin Beach have given the president of the Cherng Talay Administration Organization (OrBorTor) ‘no choice’ but to designate it as one of Phuket’s ‘virgin beaches’.

Though a 10 per cent zone had already been marked, beach vendors renting out umbrellas and offering other services there failed to follow the beach management rules put in place by former Phuket Governor Nisit Jansomwong (story here).

“The vendors didn’t want to obey the rules, so now there will be no zones for them to work in at all,” Mr Ma-ann Samran, Cherng Talay OrBorTor president, confirmed to the Phuket Gazette today. “I have already informed Vice Governor Chokdee Amornwat about my decision and have submitted an official letter to Phuket Governor Chamroen Tipayapongtada.”

Mr Ma-ann noted that he plans to build a check point near the entrance to ensure that people visiting the sands follow the virgin beach rules.

“For now, Bang Tao will remain the only beach in my jurisdiction with a 10 per cent zone. However, if vendors there fail to follow the rules, I will request that it too is made a virgin beach,” Mr Ma-ann said.

The virgin beach plan was announced at the end of last month by Vice Governor Chokdee, who wanted to see a number of Phuket’s beaches returned to their natural beauty (story here).