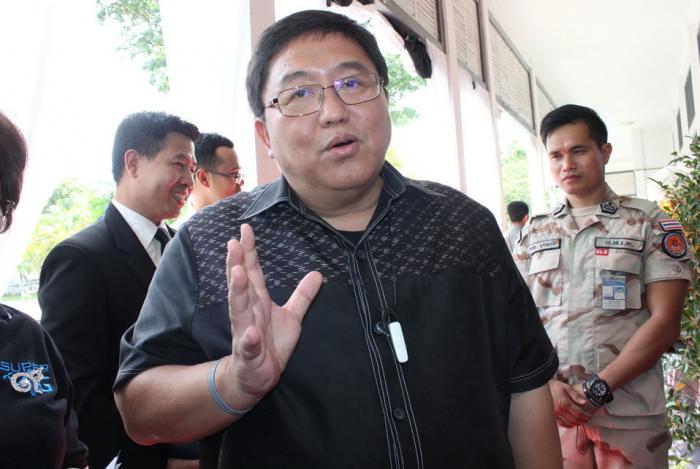 PHUKET: About 15 stall holders at Loma Park on Patong Beach pleaded with the governor of Phuket to ask for help after Patong Municipality yesterday cordoned off the area with metal fences in an effort to oust the vendors.

The move follows an ‘inconclusive’ meeting between the vendors and Phuket officials on November 1 (story here), during which the vendors were reminded that their rental contracts had expired and that they were in breach of the central government’s beach management policy.

This afternoon’s meeting at Provincial Hall was no different. Phuket Governor Chokchai Dejamornthan and the vendors could not reach a conclusion on the spot.

“We cannot just talk once and come to a mutual agreement. We need to discuss the matter more, so I’ve decided to have both sides meet again and have provincial officials present to mediate the talks. However, if there is still no conclusion, we will have to follow state law just like the municipality representatives,” said Gov Chokchai.

Gov Chokchai couldn’t confirm whether or not vendors can continue to use the area in question while negotiations are underway. The date of the next meeting was not confirmed either.

“While we were placing the sheeting, some vendors gathered and asked officers to stop and wait for the committee result from the last meeting,” said Mr Veerasak yesterday. “We stopped so that they have a chance to meet with the provincial committee.”

“We are following the law and our plan to renovate the building for public use has already been approved. The vendors’ contracts ended in October but despite our notices and warnings, they have ignored us and stayed way past the deadlines. We have to do this or else they will keep doing what they’ve been doing – postponing their departure from the area,” he said.