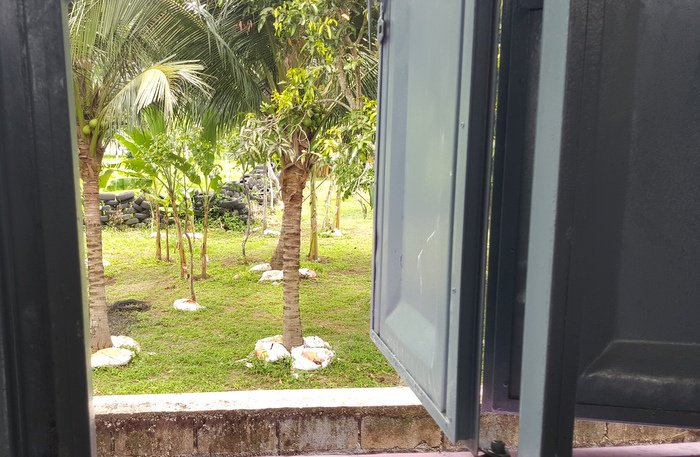 PHUKET: A group of about 200 students and three teachers from Ban Tha Rua school protested the burning of tyres next to their building, in front of the Yamaha showroom in Thalang Thursday morning.

The protest follows more than four years of tyre burning near the school by the Yamaha showroom, which disrupts classes and is feared to be a health hazard, explained one Ban Tha Rua teacher, who asked not to be named.

“They are always burning the tyres in the yard next to the school wall and classrooms. When the tyres are burned, black dust spreads around the classrooms,” she said.

“We know that the showroom staffers have always burned the tyres two times a week, but it’s been getting more and more frequent.”

Staff claim that every time the tyres are burned, they must clean each classroom to get rid of the black soot that collects on the tables and chairs.

“Sometime we will go study in the canteen to escape the smoke. However, it is difficult to teach in there, so sometimes the students have to go study near the football field,” she said.

The teacher also noted that in the past they have, to no avail, asked the company not to burn the tyres near the school.

“Now it has been two weeks that they have burned every day consecutively. We can’t stand this any longer, so we decided to walk to the company and talk with the owner,” she added.

Although the owner never met with the students and teachers, a staffer assured them that they would stop burning tyres near the school.

“We don’t want to make a big deal of this, we just want help to solve this issue with the owner or other related officials,” the teacher said.

An employee at the Yamaha showroom in Thalang declined to comment. The Phuket Gazette made several attempts to contact the owner yesterday and again today. However, he reportedly left the country for unspecified reasons yesterday evening.