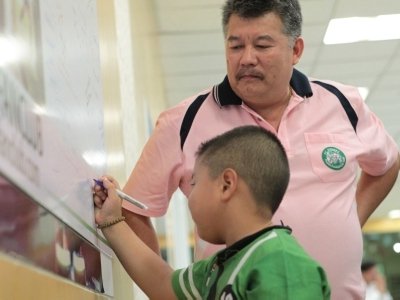 PHUKET: FC Phuket star midfielder Camara Ahmed opened his eyes early this morning, but has yet to respond to stimuli, the Gazette has learned.

“Doctors gave him medication to prevent the convulsions, but this medication has a side-effect of inducing unconsciousness,” she said.

“He is in a stable condition now and doctors are reducing the dosage of the medication to see if it will help Camara regain responsiveness,” Ms Hans explained.

Ms Hans is in the capital ahead of FC Phuket’s promotional playoff match against Bangkok FC.

Mr Ahmed collapsed on field from a heart attack during a match at Surakul Stadium last Saturday.

He was revived en route to hospital, but lost consciousness and has remained comatose since.