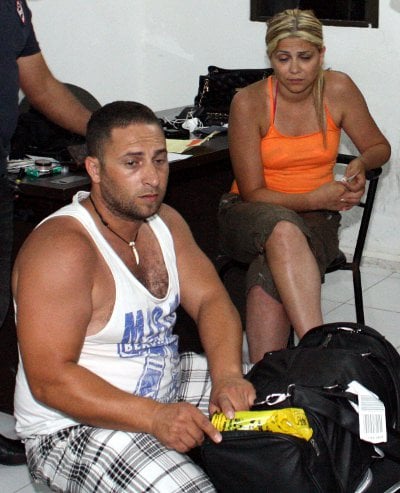 PHUKET: The two Australian tourists on holiday in Phuket who were charged with filing a false robbery report last weekend have been deported, the Phuket Immigration Office has confirmed.

The Australian couple, Abdul Karim El Rajab, 31, and Zeidan Nouha, 30, were arrested for filing a bogus report of being robbed in Patong last Sunday.

Police believe the couple filed the report with the aim of filing a fake insurance claim.

Officers became suspicious of the couple after an investigation into the alleged robbery proved fruitless.

The couple were arrested after officers searched the couple’s hotel room and found all of the items reported stolen, including iPhone 4s, their passports and wallets.

“They were fined 600 baht each for intentionally providing a police officer with false information and they have been deported back to Australia,” the officer said.