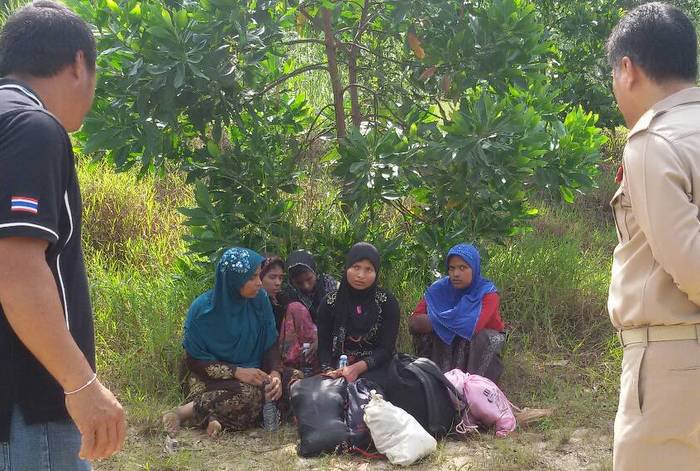 PHANG NGA: Armed night guards have been placed at the Phang Nga Shelter for Children and Families after 14 Rohingya women and children fled the facility yesterday.

“The increased security is to prevent human smugglers from targeting the women and attempting to help them escape the facility,” said Anan Dontri, director of the Phang Nga office of Social Development and Human Security. “We are sure that someone out there is trying to get to these refugees.”

Takuapa District Chief Manit Pianthong confirmed to the Phuket Gazette that civil defence volunteers would be stationed at the facility.

All 14 Rohingya refugees who had escaped from the shelter yesterday were found – nine, including the two children, were spotted at a nearby jungle location. The rest, thought to have been given a ride by an unmarked van that had waited for them outside the shelter, were located at a palm oil plantation (story here).

The 12 women were all taken to Phang Nga Immigration to prevent further escapes. The two children – aged 5 and 7 – remain at the shelter.

The women and children, attempting to get to Malaysia, were part of a group of 106 suspected Rohingya refugees found on Koh Ree in May (story here).

A Phang Nga Immigration official, who declined to be named, confirmed that the detention center is now housing 90 Bangladeshi men, 55 Rohingya men and 21 Rohingya women.

Sea Gypsy Cultural Center to be turned into “4D’ museum