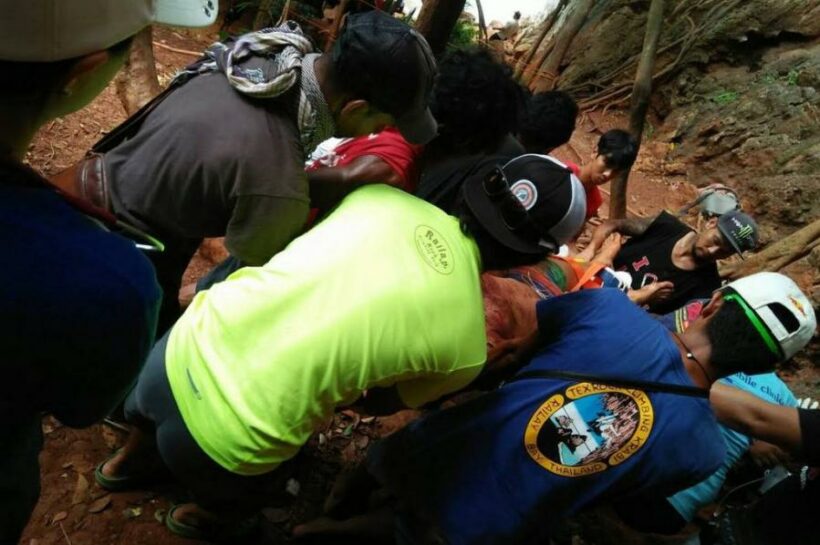 KRABI: Another tourist, this time an American, has been seriously injured while rock climbing in Phuket’s neighboring Krabi province.

At about 2pm, a rescue team and the Krabi Tourist Police received a report from the ‘Railay Rock Climbing Club’ that American tourist Eduardo Keane had fallen off a viewpoint from the near-vertical cliff face at Railay Bay.

“Mr Keane is seriously injured around his face. One wound around his chin is about 10cm long; his nose is bleeding; and he’s badly injured on his right cheek,” Sub Lt Suwan Tuamsri told the Phuket Gazette late yesterday.

The rescue team used a speedboat to take him ashore at Ao Nang and then rushed him to First Standard Hospital, from which he was later transferred to Krabi Hospital.

“Mr Keane was on his way to the top when he fell. He was climbing without any equipment,” the policeman added.

The patient is out of danger now but remains in hospital.

Two weeks ago, two other foreign tourists, an Australian and an Argentinian, suffered multiple fractures, cuts and bruises while scaling a cliff between Krabi’s Ton Sai and Pai Plong Bays. Rescue teams spent more than three hours trying to find them and bring them back to safety (story here).