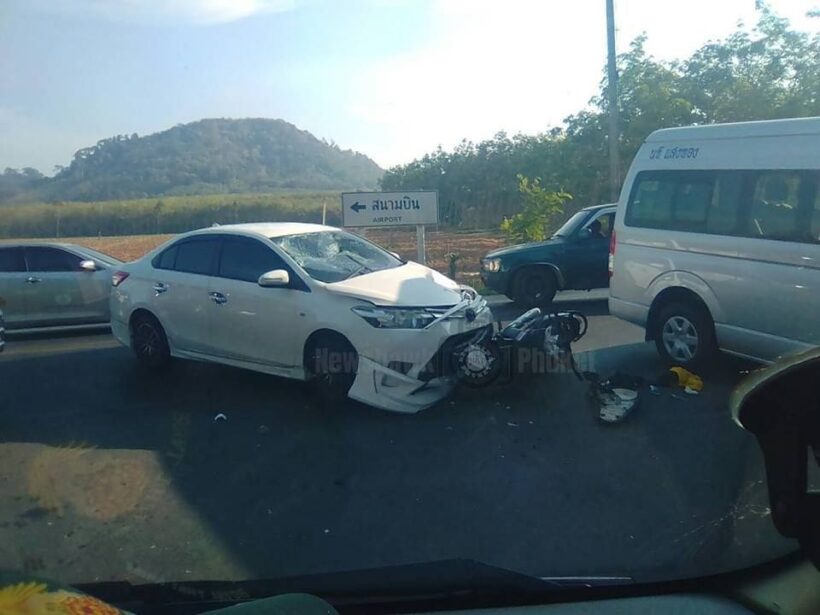 As reports are tallied for the second full day (April 12) of the ‘Seven Days of Danger’ Songkran road and marine safety campaign, one death was reported yesterday plus four injuries in four road accidents. There have been no marine incidents reported.

The person who died was a 26 year old Burmese man, Ye Min Aung, who was driving on a motorbike but not wearing a helmet. He was involved in a collision on Wichit Songkram Road in Kathu at 4.50pm.

He was taken to Vachira Phuket Hospital where he was later pronounced dead. His passenger, who was also not wearing a helmet, sustained injuries and was taken to hospital.

PLEASE WEAR YOUR HELMET WHEN RIDING A MOTORBIKE. It’s the law and it could save your life.