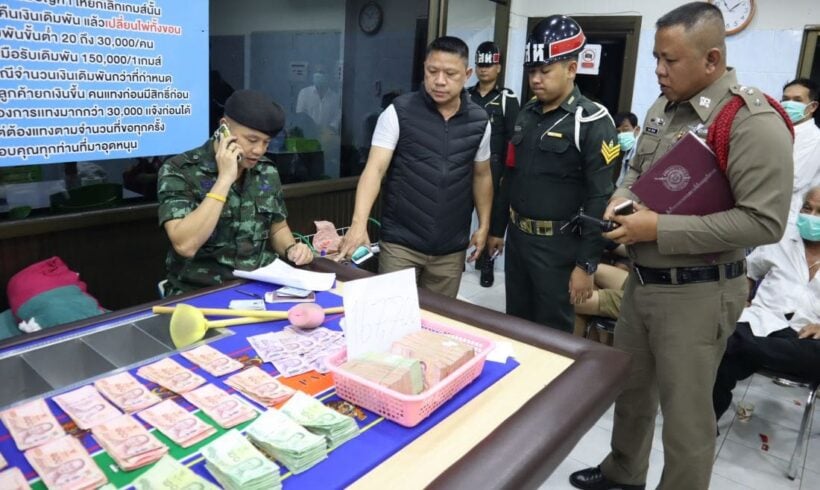 50 soldiers and Kathu Police raided the house which was allegedly being used as a gambling den near Tessaban 2 Baan Kathu School in the Kathu district.

Officers found that gamblers were playing a card game for money. 17 male and 39 female gamblers have been arrested along with 195,910 baht cash and gambling paraphernalia.

The gamblers were taken to the Kathu Police Station where they were charged with illegal gambling.

The arrest came after officers received a tip-off that there was a gambling den in the area. Officers planned the raid well in advance and collected witness reports before last night’s raid and seizure of money and gambling items.