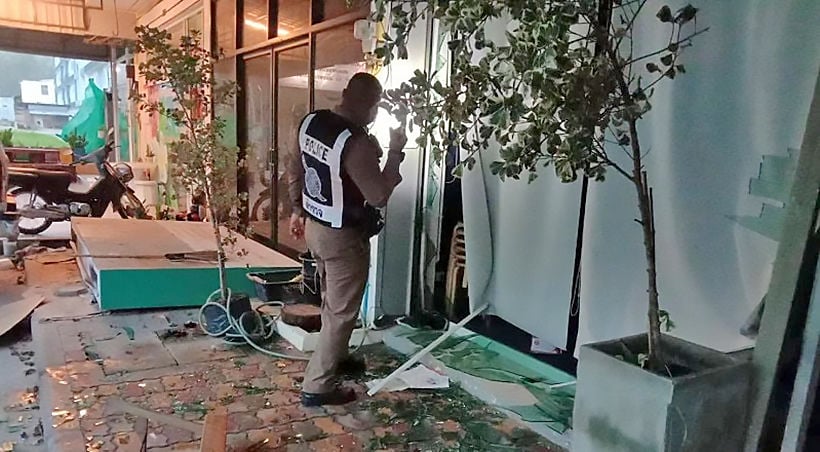 Police in Phuket are blaming a gas leak causing an explosion that injured a man when he switched on the kitchen light at his shophouse home in the island’s east coast Rassada subdistrict early this morning. The blast blew out the shopfront windows, brought down ceiling panels and tore off roofing tiles.

Police were was called to the shophouse at 5am. When they arrived they found glass and debris scattered across the ground, and the sign above the door destroyed. The kitchen was littered with appliances and damaged furniture, ceiling panels all over the floor and even roofing sheets displaced by the blast.

The 40 year old resident, Chiewchan Kornsawat, had already been rushed to hospital by the time police arrived. 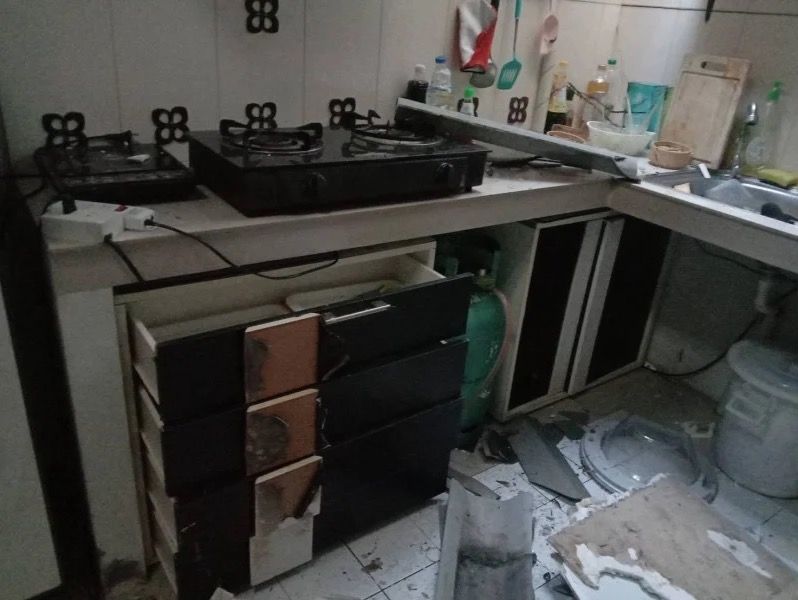 The next-door neighbour said he was awakened by the sound of an explosion and ran outside to see what had happened. He says he saw the man, who lived alone int he shophouse, walking out of his unit with burns on his body. He called the 191 police hotline.

Chiewchan was lucid enough to explain to police that that he had come downstairs to the kitchen to wash his clothes. He turned the light on, and there was an explosion. He said the ensuing fire in the kitchen was small and quickly went out by itself, so he didn’t call for firefighters to come. He was rushed to Vachira Hospital. 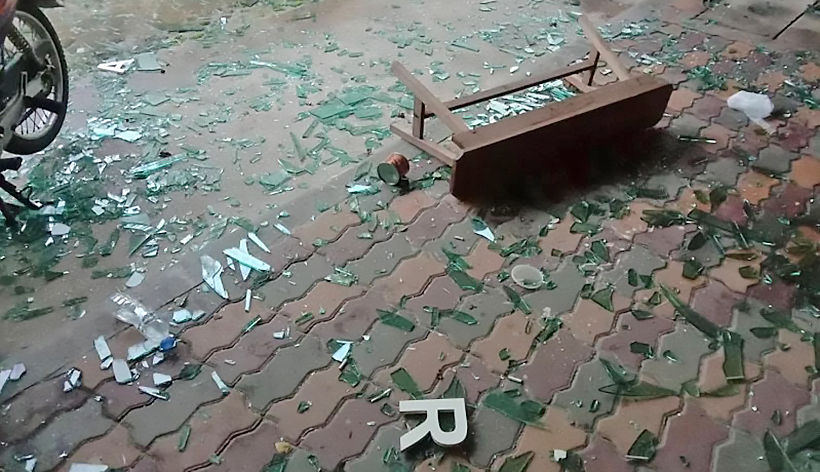 Police say they haven’t yet finished their investigation.

“At this stage, we believe that the explosion and fire was caused by a leaking gas cylinder. Mr Chiewchan may not have known that there was gas leaking in the kitchen, and by turning on the light he may have caused a spark that started the explosion. We have to wait for the forensic police to investigate the scene before we can conclude our investigation.”