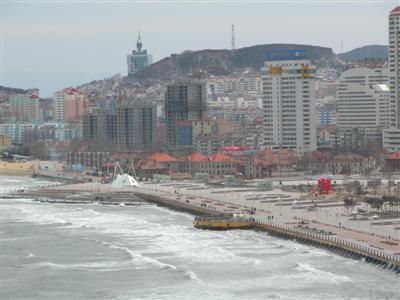 PHUKET CITY: Chinese New Year will be celebrated with flair in Phuket tonight with a little help from the Chinese cities of Yantai and Hainan.

Chinese opera, demonstrations of kung fu, cultural performances from China and Thailand, as well as a host of Chinese snacks and delicacies will all be served up at the 10th Phuket Chinese New Year’s Day Festival, which kicks off tonight at Queen Sirikit Park on Thalang Rd.

The festival, organized by the Phuket City Municipality and the Tourism Authority of Thailand, gets underway at 7 pm with Tourism and Sports Minister Chumpon Sillapa-archa presiding.

It has been three-and-a-half years since the two Chinese cities of Yantai and Hainan signed agreements to become “twinned” cities with Phuket.

A ceremony involving the offering of sacrifices to the spirits will be held from 11 pm to 12 am on February 2. The festival will also feature examples of the twinned cities’ local culture and food as well as information about places of interest.

The Chinese will also do a performance at Jungceylon in Patong.

Utit Limsakul, a marketing officer at the Tourism Authority of Thailand (TAT) in Phuket, told the Gazette the agreement to be twinned with Yantai and Hainan entailed building cooperative relationships in the areas of business, investment, education, tourism and commerce.

In addition to working to strengthen bilateral ties, representatives of Hainan and Phuket are also developing plans to construct a leatherback turtle monument in Hainan.

Traditionally during the Chinese New Year period, Chinese people return home to stay with their families and do not leave the country. It is therefore something of a rarity – and a special treat for Phuket – to have Chinese stars traveling from their home to perform on the island.

Negotiations are underway to add Bali, Indonesia and the Ukrainian republic of Crimea to the list, he said.