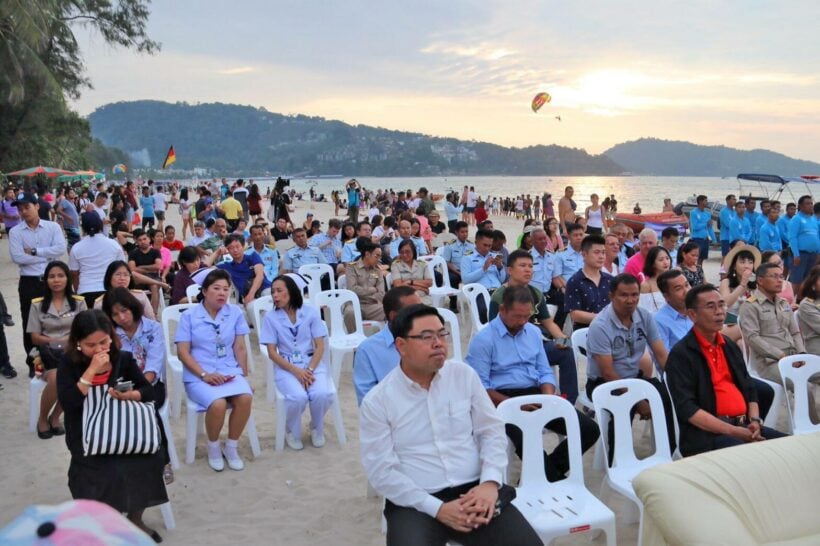 Phuket Governor, Norapat Plodthong, together with the Director General of Department of Marine and Coastal Resources (DMCR), Jatuporn Burutpat, hosted the opening of the Phuket Tourist Centres yesterday (December 25) in Patong.

Phuket’s Governor says that Phuket is a tourism destination welcoming more than 15 million tourists a year, domestic and international, and there are a lot of tourists heading to the beaches and islands, especially during the traditional high season period. 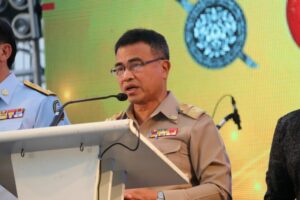 There are 10 centres at some of the most popular beaches including one main centre at the Phuket Provincial Disaster Prevention and Mitigation Office. Another nine centres are located  at Kata Beach, Karon Beach, Nai Harn Beach, Promthep Cape, Rawai Pier, Patong Beach, Kamala Beach, two centres in Kathu district and another two centers in Surin Beach and Nai Yang Beach.

The centres can assist tourists in many ways such as as giving general tourism information, supporting safety and security of the tourist. Each of the centres will also have representatives from the provincial authorities stationed as well, such as Marine Police, Tourist Police, and volunteers as well as Chinese and English speaking volunteers. The centres are open 24 hours.

There will also be a qualified person available to assist tourists with any legal issues arising from the travelling.

Meanwhile, the Director General of DMCR said that his department had provided additional support with officers and rescue equipment to help with marine safety. 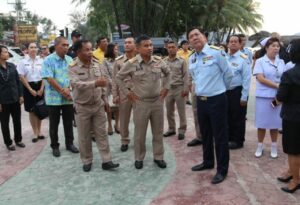 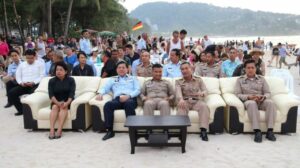 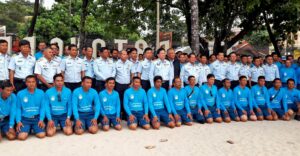 Traffic police giving away helmets to children in Phuket Town