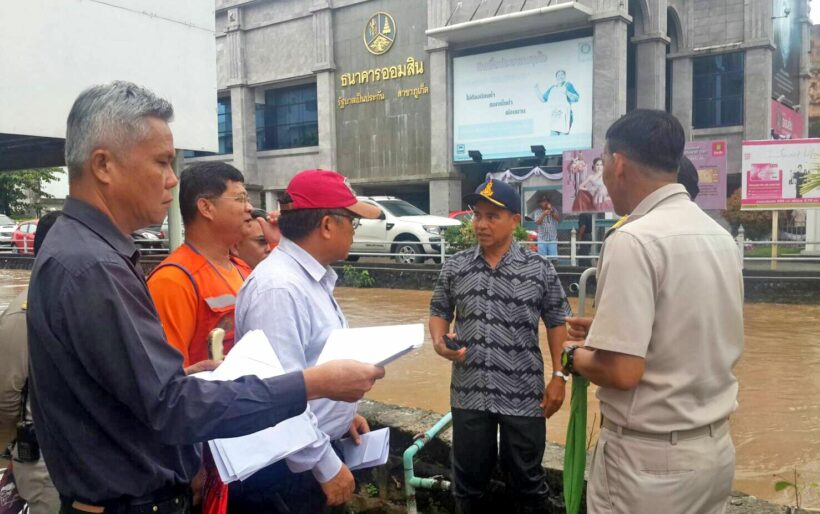 Following the weather forecasts predicting downpours and strong waves from today (October 31) until the end of the week (November 3), Phuket Governor Plodthong chaired a meeting today involving all departments to get ready for possible flooding, especially in the areas prone to regular flooding when there’s heavy rain.

Phuket Disaster Prevention and Mitigation Office Chief, Prapan Khanprasaeng, assured the Governor that the fast-response rescue team, machinery and all equipment are prepared to control the situation and take care of the victims.

Meanwhile, the Governor says that the heavy rain that can might bring flooding to the island until November 3 has been announced by the Thailand Meteorological Department (TMD). There will be downpours in many areas in Phuket and other provinces in the south from today until Friday, according to the TMD forecast.

“People living in the risky areas such as the bottom of hills, lowland, near the beaches and the area nearby should be aware of the possible flash floods and be prepared. Boats operators and fishermen should also be careful and keep in touch with the weather forecast and disaster announcements. We are also announcing the warning via local radio stations and local cable TV stations,” he said.

“We have also prepared evacuation zones in case of emergency and asked the local authorities to announce the zones in their areas of responsibility.”

‘A Prayer Before Dawn’. About to HIT our screens.