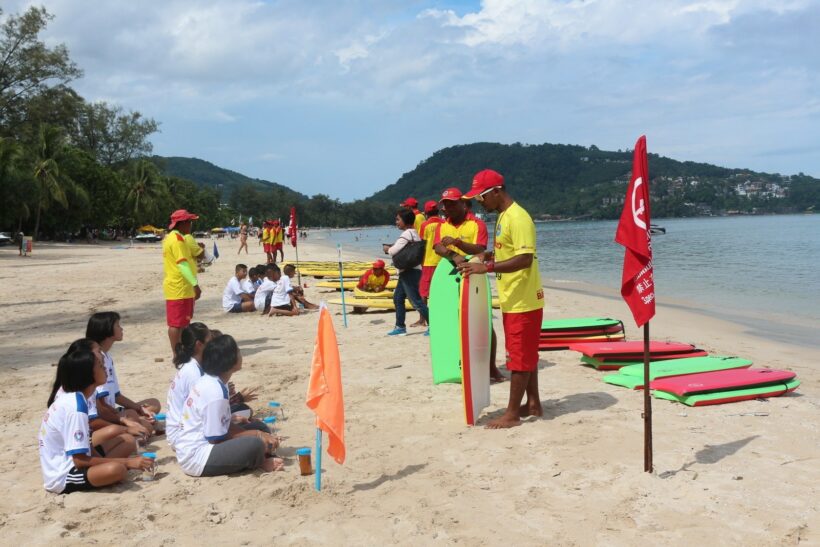 Pracha Asawateera, manager of the Digital Economy Promotion Agency (DEPA) Southern Branch says, “Phuket is now in the process of upgrading beach safety by using technology called the ‘Smart Beach’ project. CCTV cameras will be used as part of the safety efforts. More people are enjoying Phuket’s beaches but we don’t have enough lifeguards to look after them all the time.”

“We have suggested the Phuket Provincial office to request a 140 million baht budget for the project to install about 40 CCTV cameras at 13 beaches. If the budget is approved, it will take not more than four months to install. So we would be ready for next year’s high season. If the budget is not been approved, we will suggest the idea to local OrBorTors (local administration).”

“We are now testing a CCTV system which would help lifeguards with beach safety. This technology will help lifeguards to set up swimming zones. These zones are changing all the time as the wave conditions change. With the new system, lifeguards will be able to monitor beachgoers on their smart phones and identify the zone from the information from the CCTVs”.

“We have installed a CCTV camera at Patong beach to test the system.”

“If any of them are outside the safety zone or even boats are entering safety zones, the system provide a warning. Pictures and videos will be recorded as evidences. These CCTV camera are also recording during night time with heat detectors. It will immediately report anything that needs urgent attention.”

Andaman Hotelier and Tourism Fair 2018 to be held next month