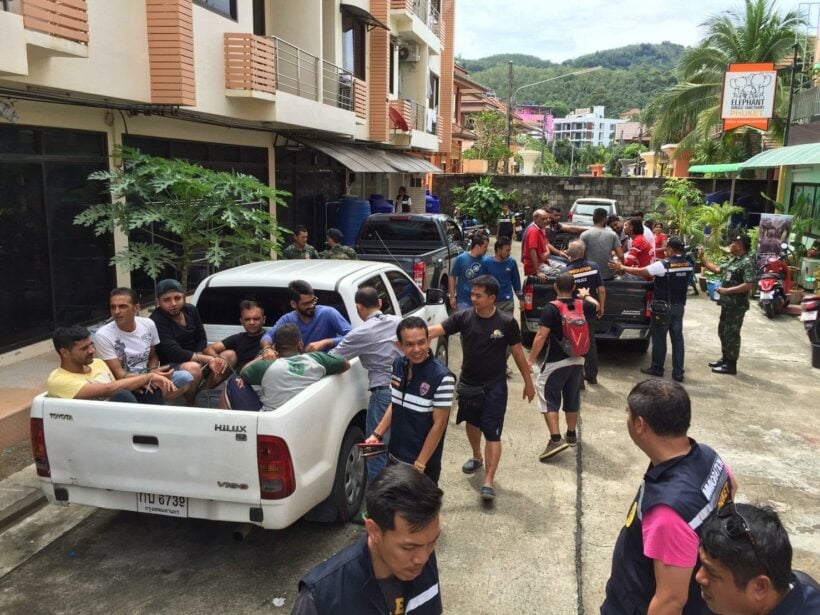 Today (November 10), Phuket Immigration Police announced the results of a crackdown with 95 foreigners arrested, mostly on the basis of overstay.

The mix of nationalities comprises 62 Indians, 11 Pakistanis, 6 Egyptians and 16 foreigners from other nationalities. 70 of them were overstaying (the longest one is 2,000 days or nearly five and a half years) while 24 others were illegal immigrants and one was charged for contravening the Beggar Control Act.

“Thailand is facing international crimes including drugs, human trafficking, illegal immigrants and overstay. Phuket is a tourism destination gathering a mix of nationalities of travelers and there are people who enter Phuket as a tourist aiming to work illegally or to commit a crime. According to our records, foreigners who usually commit crimes in Phuket are overstaying or are not reporting their accommodation in their 90 day report, which make it complicated to track them down.

“This is a national security concern. There are many reports from locals about Indian, Pakistanis and Nepalese working illegally,” said Commander of the Royal Thai Police Immigration Division Region 6, Pol Maj Gen Jessada Yaisun. 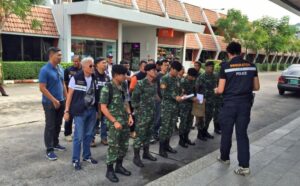 Phuket’s gay scene gets another chance with Chinese GLBTI