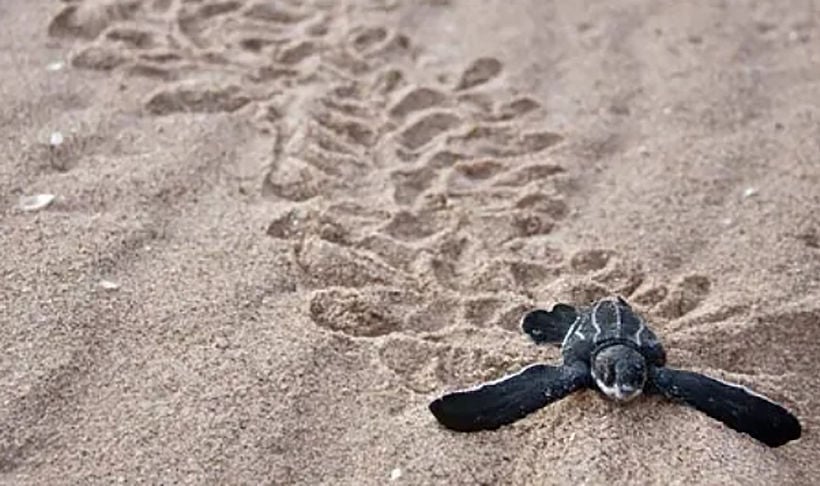 Officials from the coastal National Park in Phang Nga, southern Thailand, are delighted after the first leatherback turtle hatchling hatched and emerged from the nest. Whilst it was headed to the Andaman Sea, marine officials took it to a nursery to be raised, giving it a much higher chance of survival when it is eventually released to the sea. According to the Department of Marine and Coastal Resources, the baby turtle was spotted climbing out of its nest this morning just after 6am.

Park officials have been keeping an eye on the nest with CCTV and expect more baby turtles to emerge today and the next few days.

104 leatherback turtle eggs were found at the nest on the Phang Nga beach outside the territory of the national park in November last year. 85 of them proved to be healthy and viable and were taken to another nest within the park’s territory to prevent them from being stolen by poachers

The Phang Nga Office of Marine and Coastal Resources was informed by villagers that they had found a turtle nest, believed to be that of a leatherback, at Bo Dan beach. Marine officials went to check and but left the eggs at the location, confident that the nest was safe enough.