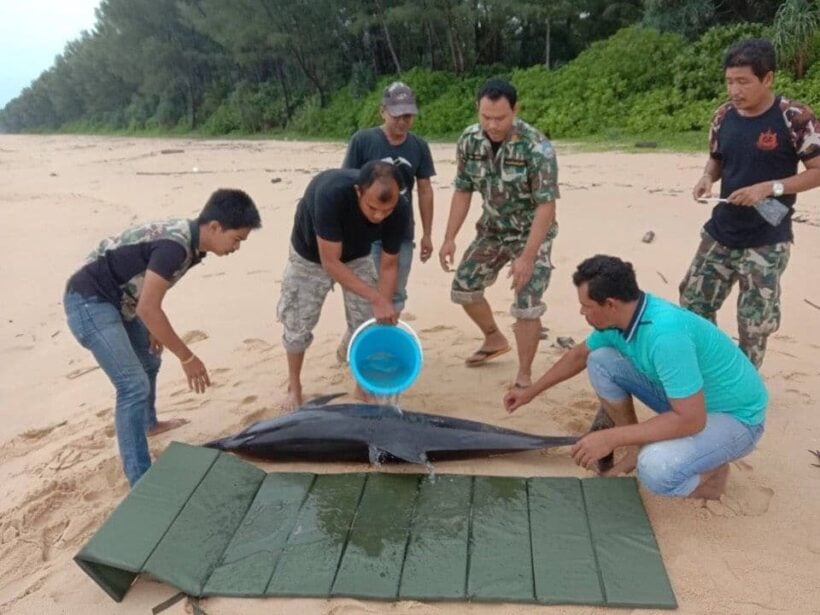 An injured dolphin is being cared for after being rescued along Tai Mueang beach in Phang Nga, southern Thailand.

National park and marine officials were notified from locals that the dolphin was found on the Tai Mueang beach.

Scratches were found on the bottlenose dolphin. The dolphin measured 10 centimetres wide and 180 centimetres long.

The dolphin was unable to go flop back into the sea because of strong winds and onshore waves, and it became too weak. The dolphin is now being cared for at the Phang Nga Aquaculture Research and Development Centre for some love and treatment before being released back to the Andaman Sea. 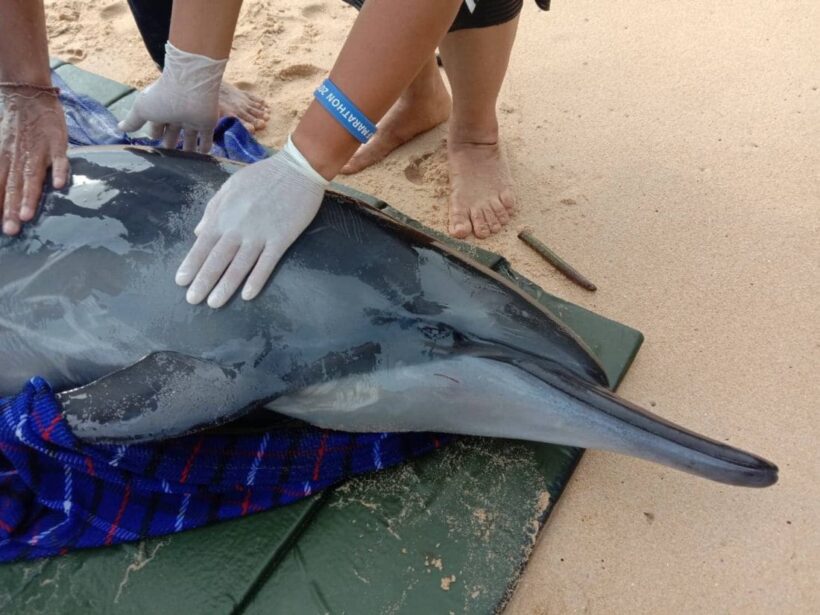 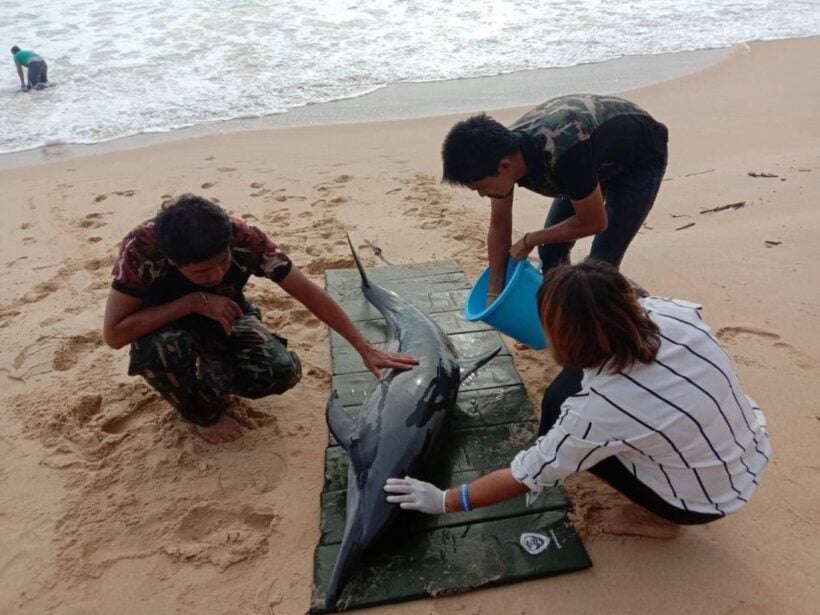 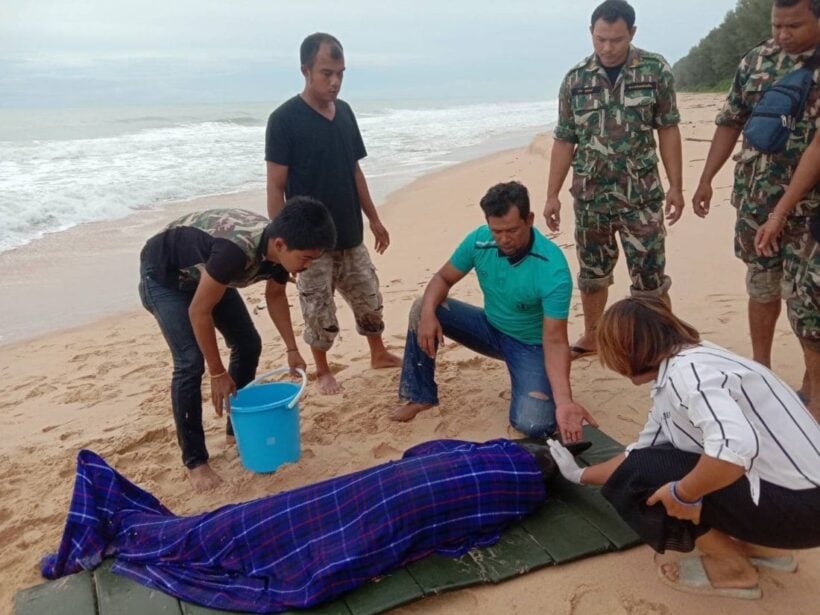 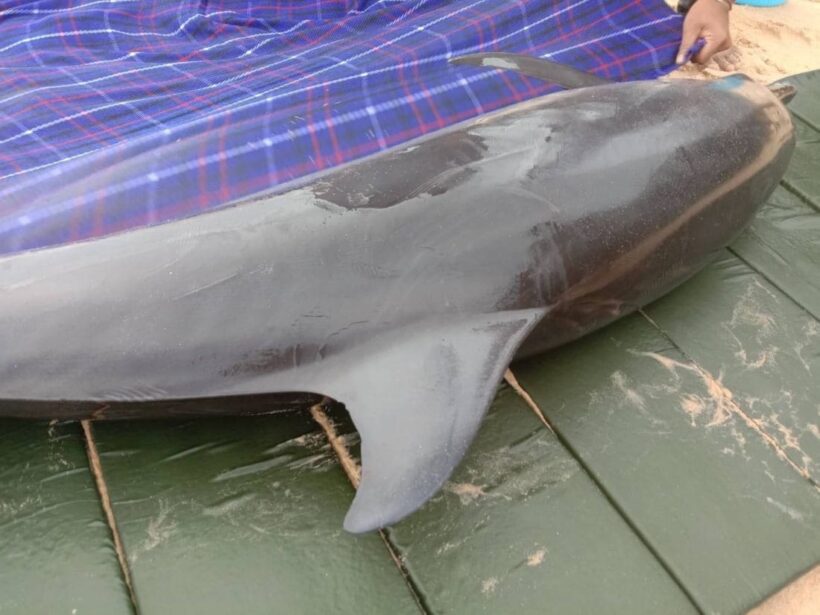