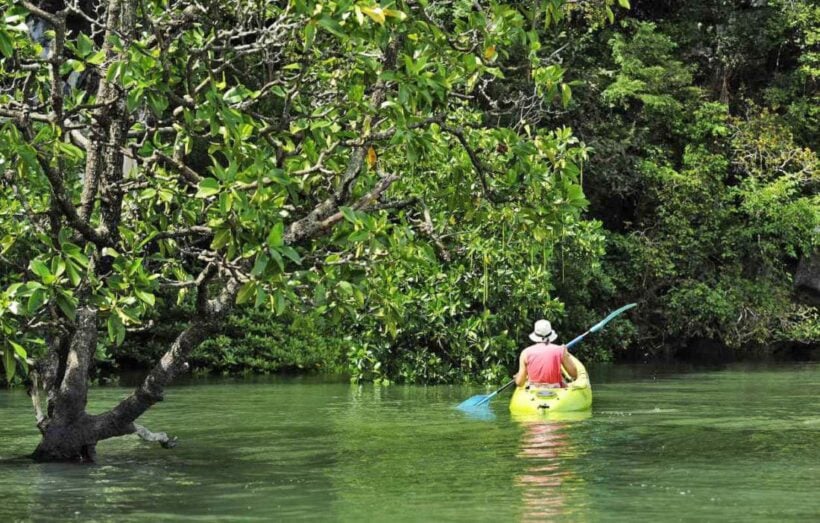 A man disappeared after rowing his boat to a mangrove area along the coast of Phang Nga’s Takua Thung district yesterday.

Surat Sumalee, head of Ban Sam Chong Nua village in Tambon Kalai, sent out a search party of two dozen villagers after being informed at 6.40pm that 83 year old Wanmad Tonklung didn’t return from his trip.

His family says that Wanmad headed off in the morning to cut Nipa palm leaves in the mangrove forest about two kilometres from the village. The search party found his overturned boat, with palm leaves still inside, floating next to an oyster farm. The villagers believe Wanmad’s boat may have been flipped over by a wave.

After several hours’ hunting for the missing man, the search was finally suspended just before midnight.