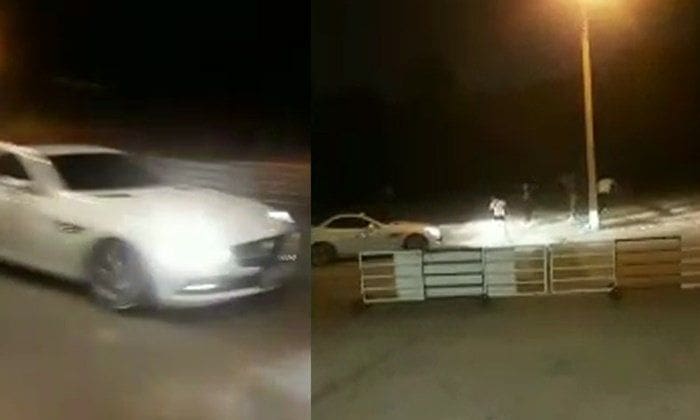 Two Chinese men have been arrested early this morning for allegedly assaulting a compatriot in Pattaya.

Police said 28 year old Zhang Hongxing and 33 year old Cao Lei were arrested at 1.30am while fleeing in two vehicles.

Cao and Zhang, in separate cars, were stopped at the North Pattaya Road before they turned onto Sukhumvit Road.

Police blocked the road after they were alerted that the two Chinese men were fleeing after they allegedly beat up another Chinese man behind the Tesco Lotus shopping mall and fled toward the North Pattaya Road.

The injured Chinese man was identified as 19 year old Huang Wanyou. He was admitted to the Pattaya Memorial Hospital.

Witnesses say they saw the three quarrel before Huang ran away and the two other followed him and attacked him.