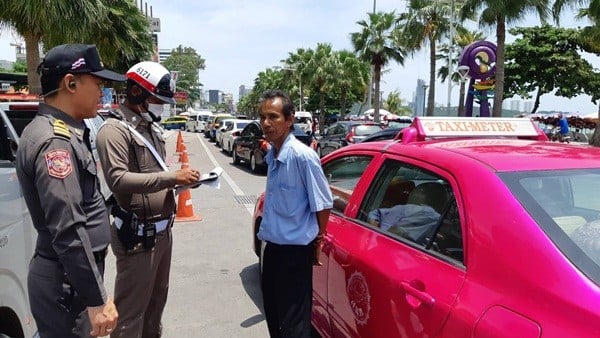 Manager Online is reporting that ‘many’ Pattaya taxi drivers have been stopped in a crackdown on the non use of meters outside Central Festival. The crackdown was to be in force over the four day long weekend.

The Chonburi Department of Land Transport chief Kanit Jiamrujikun insists that the 500 Pattaya taxi drivers must turn on their meters and stop demanding fixed-price fares.

He says the flag fall should be 40 baht for the first two kilometres but he said that recent reports have made it clear that almost all taxi drivers never use their meters and insist on a fixed-price fare. Authorities have told Pattayas taxi drivers that this has to stop.

Earlier reports stated that taxi drivers in the seaside party town were trying to negotiate a truce with the Land Transport Department by settling for a 100 baht flag fall, two and a half times the legislated fare.

Khan Kanit says many tourists visited Pattaya for the four day holiday and they deserve fair treatment at the hands of the taxi drivers.

But like other popular tourist areas the taxis in Pattaya are operated by cabals and locally-run monopolies who rarely accede to the official Land Transport Department demands.

The Thaiger suspects there will be a photo opportunity with a shake of hands, a photo of a taxi driver turning on the meter and, by Tuesday, everything will be back to ‘business as usual’. 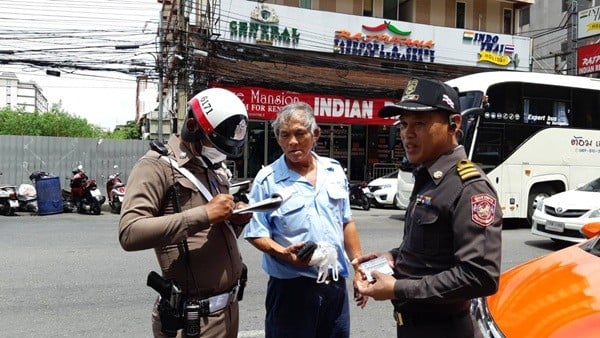